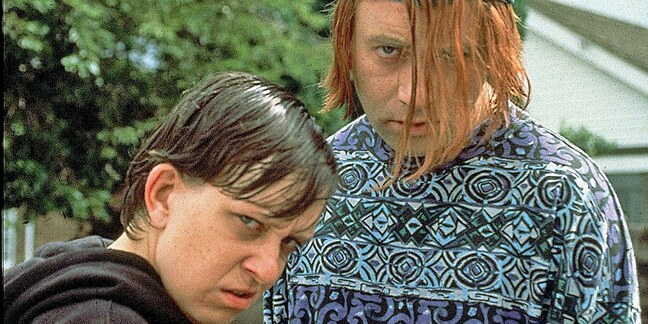 A district judge last week denied two activist groups the chance to file a supporting motion in a copyright case. In a stinging and derisive rejoinder, he compared their complaints to those of a spoilt boy.

It’s part of a court case that stateside ISPs and rights-holders are watching with keen interest.

Cox Communications is the only major US ISP not to participate to the “Six Strikes” Copyright Alert System, where an ISP acts on “red flag” knowledge of a persistent infringer by kicking them off their network. Cox preferred to implement its own “10+” graduated response program. Two music publishers, BMG and Round Hill, weren’t impressed, and a year ago they sued Cox, arguing that they never kicked even the most hardcore infringer off their networks. As evidence, they picked the IP addresses of the 250 most persistent offenders on Cox’s network over the preceding six months.

In reality, ISPs are deeply ambivalent about high volume torrenters. Privately, they will readily acknowledge that the hardcore torrenters rack up most of their costs, and cause most of the congestion on their networks. ISPs may gain a little more marginal income from heavy torrenters, as BMG argues, but it’s actually nowhere near the costs they incur. It would be smarter to turn them into paying music customers. But publicly, ISPs don’t want be seen as compromising the subscriber’s privacy, and they don’t want to risk incurring higher liabilities and costs in the future. So Cox is contesting the lawsuit, and we’re at the pre-trial stage.

Enter the Electronic Frontier Foundation and Public Knowledge, two slacktivist groups who howled (predictably) that the internet would break if Cox did what it promised and kicked off the most high volume torrenters. Both groups applied to file amicus, or ‘Friend of the Court’, briefs. But Judge O’Grady rejected the applications, saying they were irrelevant.

Interestingly, he went even further, apparently mocking the applications, and arguing that the two “digital rights” groups were fundamentally compromised.

“I read the brief. It adds absolutely nothing helpful at all. It is a combination of describing the horrors that one endures from losing the internet for any length of time,” O’Grady reportedly told the hearing (quote via TechDirt), as he denied the motion to file.

“Frankly, it sounded like my son complaining when I took his electronics away when he watched YouTube videos instead of doing homework. And it's completely hysterical.”

Reading the rejected brief, you can see why. The two slacker groups kick off their argument with this Oscar-worthy whine:

"It is simply unthinkable that a person could be deprived of a basic, vital service, practically essential to contemporary societal participation, based on nothing more than unadjudicated, unverified, unreliable allegations of civil wrongdoing," they bleat. "...termination of consumers’ Internet access is a uniquely harsh penalty... To terminate a person’s Internet access, then, is to deny that person these benefits, services, and opportunities."

“ORDER, having reviewed the proposed brief, the Court discerns no potential benefit to be gained from receiving the brief. This is not a situation where defendants lack competent representation. Nor have Public Knowledge and EFF persuaded the Court that they have a sufficiently special interest in the outcome of this litigation to warrant consideration of their viewpoint. Accordingly, the motion 405 for leave to file an amicus curiae brief is DENIED.”

Cox also pointed out that the EFF had failed to disclose a relationship with the defendant's attorney. “In the Court's view, the failure to disclose the relationship amplifies any concerns that might ordinarily accompany the consideration of a partisan amicus brief.”

So, not the greatest day in court for the San Francisco-based group, which received half of its income one year from Google.

The trial is scheduled to begin on 3 December. ®

You can read the original lawsuit here (PDF) - and the rejected EFF/PK brief here.

This isn't the first time internet activists have been compared to a stroppy teenager.