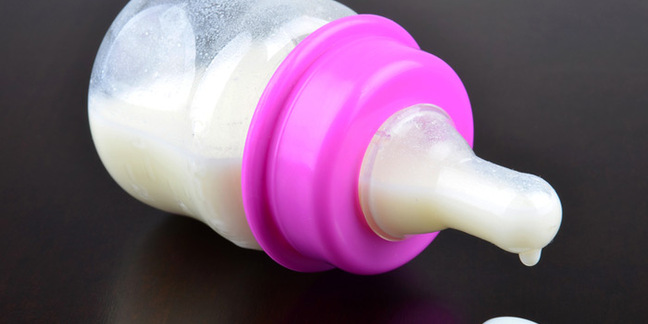 NSFW Two Thai women were cuffed yesterday and charged with drugging and robbing two tourists in the beach resort of Pattaya.*

According to this local report, Iranian Gholamreza Azizollah, 52, and Israeli Yakov Beri Reznik, 65, rolled up at the police station claiming they'd been incapacitated and fleeced by Pattanawan Sawangcheun and Suchada Yoosuk.

Cops detained the perps on Walking Street, in Pattaya's red light district, after identifying them from CCTV footage showing the pair "bringing a foreign man to a hotel on two separate occasions".

It also caught them in the act of spiking their victims' drinks with Xanax, as well as allegedly applying the drug to their bosoms.

Police Lt Col Chusak Pinrat said: "They confessed to putting the pills in the drinks three times. But they denied applying it to their nipples, though we have footage showing so."

Sawangcheun, 30, and Yoosuk, 33, now face charges of robbery and possession of a controlled substance. ®

It's a mystery as to how this Malaysian egg omelette envelope stuffed with chicken fried rice was named after a place with a "well deserved" reputation as a sex capital.

She cannae take it, Captain Kirk! USS Zumwalt breaks down

Water got into where water should not have been

The stealthy Zumwalt looks like a giant iPhone battery case

Captain Kirk does a Crapp on the iPhone: 'Shatoetry' for 'Shatisms'

'Shat that!' - he certainly has

Phasers fortunately set only to stun

Devon knows how they make it so steamy: Phantom squatter of Torquay curls one out on bloke's motor