Research: Microsoft the fastest growing maker of tablet OSs ... by 2019

Nine years late is better than nothing 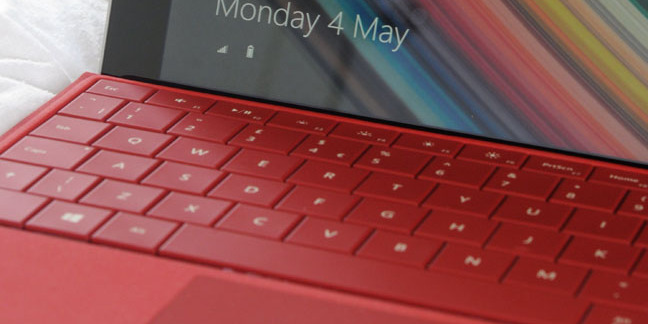 That’s according to Strategy Analytics, which reckons Microsoft will hold 18 per cent of the global tablet operating system market in four years – up from 10 per cent now.

A key driver will be Windows 10 for Microsoft, according to Strategy Analytics, hitting the Microsoft-centric world of business buyers.

Peter King, research director for tablet and touchscreen strategies, said in a statement: “Windows 10 provides a stable base from which the ecosystem can grow and we are entering a world where Windows tablets take significant market share from Android tablets on the low end and compete head-to-head with iPad in the high and premium segments.”

According to King, enterprises are “increasingly open” to wide-scale deployment of tablets. It’s here that, because of its widespread presence in PCs and servers, Microsoft has a “key advantage".

“Most, if not all, major vendors will have high-to-premium tier Windows tablet offerings by the end of 2016 to address prosumers and enterprises currently served by Microsoft's Surface Pro line,” he said.

While enterprises might be pro Microsoft, at the IT and infrastructure level it’s the same organisations whose execs have been sucking in iOS devices over the last five years.

And, during that time, quibbles over issues such as application compatibility and security have been largely resolved through the evolution in web-based and native apps.

King went on to highlight the growth of 2-in-1 tablets, and things such as Surface, as helping Microsoft.

Strategy Analytics’ report represents a crumb of comfort for Microsoft: to say it fiddled while Rome burned with regard to tablets would be generous.

The first iPad came in 2010 followed by Android machines. But under former chief executive Steve Ballmer, Microsoft hadn’t even cracked open its violin case. Microsoft’s years of complacency and delay allowed iOS and Android to make sweeping gains and billions of dollars for their makers.

So, 2019 might be something to look forward to, but for Microsoft financially and in market share, it’ll have come at least nine years late. ®