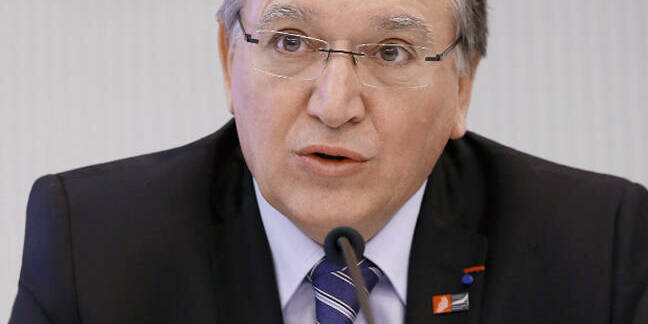 Analysis The European Patent Office (EPO) has fired off legal threats amid allegations the agency has too close a relationship with Microsoft.

The claim that the software giant was unfairly getting preferential treatment for its patent applications was first made by Roy Schestowitz on his long-running Techrights site.

Schestowitz published a screenshot of an edited internal EPO email that listed patent documents submitted by Microsoft; the memo asked examiners to give the applications "the highest priority as soon as possible."

The email's author, a senior manager within the EPO, noted that the agency shared a "close cooperation project" with Microsoft.

Schestowitz's accompanying blog post made a series of allegations that the EPO said were defamatory, and the agency insisted the entire post be taken down. Schestowitz unhappily complied. The story was subsequently picked up by the World Intellectual Property Review (WIPR), which wrote its own article on the matter, but it later revised its story to remove both the name of the EPO official and any mention of Microsoft.

The EPO has confirmed to The Register that the aforementioned internal email is authentic.

When we asked the organization to explain the subsequent legal threats, it told us: "As a European public organisation the EPO fully respects freedom of the press as a core value of an open society. We eagerly and publicly engage in critical debates on our work and matters of the public interest. That said, the EPO has a duty of care for its staff, who are its primary responsibility.

"The EPO will not tolerate its staff members being made subject to illegitimate an unlawful attacks in the course of their work. We are unable to discuss specific cases, save to say that the EPO will take all necessary measures to protect its staff and their families."

As for the priority apparently afforded to Microsoft, the EPO claims it has done nothing wrong. When pressed for details, the agency directed us to this webpage for its side of the story.

In that blog post, an EPO spokesman said the "cooperation project" was a pilot program between the agency, Microsoft, and a number of other large companies (a further leaked email reveals there are another ten: Canon, Philips, Qualcomm, BASF, Bayer, Samsung, Huawei, Siemens, Ericsson and Fujitsu).

According to the EPO, the pilot was created as a way of dealing with a backlog of 450 applications from Microsoft. The EPO feared the Windows giant would put in a request for all of them to be put through the agency's special PACE expedited review process in an attempt to clear the logjam.

We're told the EPO reached an agreement whereby if Microsoft identified a small sub-group of backlogged patents, work would begin on them immediately. The internal email provided a list of 14 such applications that were expected to be prioritized.

"The email in question made reference to the EPO's PACE program, which is a fast track application process which is open to any applicant of any size at no extra cost," an EPO spokeswoman told The Register.

"The files listed by Grant Philpott [the email's author] had been put into the PACE program by Microsoft."

There was no public announcement of this "pilot", the details of which only emerged when an internal EPO memo was leaked in October. When we asked the patent agency about the Microsoft program, we were simply referred to the PACE mechanism, which has been in place since 2010.

Fire up the lawyers

It appears the publication of the internal email this month, and the naming of Microsoft, with a specific reference to the fact that if Redmond did not get results quickly "they could revert to KIPO [the Korean Intellectual Property Office] as their ISA [International Searching Authority] of choice", triggered threats of libel proceedings from the EPO.

Those legal threats did not go unnoticed by the small number of bloggers that closely follow the intellectual property and patent industry. They have spun a spotlight on the organization that has been caught up in increasingly contentious internal disputes for a number of years.

At the centre of the dispute lies EPO President Benoît Battistelli, who took over the job in 2010 and whose term ends in June 2018. Battistelli has embarked on a campaign to modernize his organization, which examines and grants patent applications that are then applicable across Europe.

He restructured the EPO, and ended a series of long-held practices including fixed wage rises and promotions tied to seniority rather than performance. He also restricted the right of staff to strike, and introduced workplace changes such as telecommuting. In addition, he led cost-cutting efforts to make the EPO more globally competitive. (The US patent system is a rubber-stamping operation significantly cheaper and more efficient.)

The changes earned him the ire of the EPO unions, and the past few years have seen a dramatic escalation in tensions between the management and staff, many of which have been covered in detail on Schestowitz's TechRights blog. That reporting led to the EPO blocking access to the site on its network.

As the situation grew out of control, Battistelli's management team found itself the target of personal and often anonymous attacks, as well as occasional leaks of confidential information. On the other side, the Staff Union of the European Patent Office (SUEPO) spoke of intimidation through internal investigations and disciplinary proceedings that involved hidden cameras and key-loggers and a special "investigative unit".

The situation attracted the attention of politicians, with French secretary for digital economy Axelle Lemaire making pointed comments back in June about the "ongoing social conflict" within the EPO at a public event that was supposed to honor Battistelli's achievements.

Mentions of Lemaire's criticism were subsequently exorcised from a report of the event by French business publication Les Echos, further incensing critics of the EPO boss's management style. Then, earlier this month, a damning report appeared on Huffington Post authored by a number of French politicians including three senators, two MPs and one MEP. They claimed that the EPO's showcase annual event – the European Inventor Award – had been "tainted" by the "authoritarian" approach of Battistelli's team "that does not respect the fundamental rights of the staff."

It highlighted "drastically limited union communication, disciplinary measures taken against ten union officials, suspension and degradation status for spurious charges of some officials." It said it amounted to a "profound crisis of governance" and questioned "the very effectiveness of the institution in its mission in the service of economic growth."

Things came to a head earlier this month when the EPO suspended a second set of union leaders, and sparked a public protest of (reportedly) about 2,000 people in Munich, Germany.

Techrights and WIPR have covered events in some depth for several months, but it was the mass protest that appears to have been the spark that led the heavy legal response from the EPO. Schestowitz posted the internal email last month, but was only challenged over its contents last week. He has vowed to write about the situation. No doubt the EPO will be watching carefully.