Internet of Wrongs too lame for Wassenaar 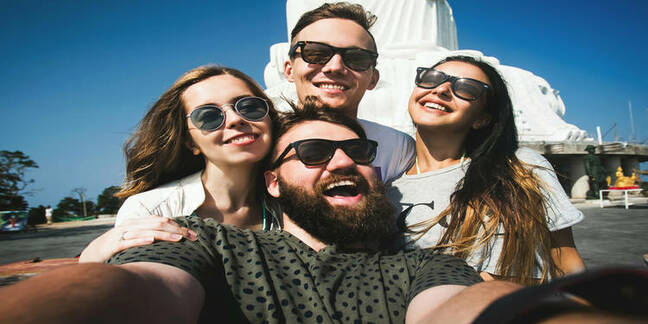 Kiwicon Hipsters and selfie addicts beware: infosec man Steve Lord has crafted a tool designed to sever your line of addiction to Instagram by quietly blocking it over public Wi-Fi.

The British security bod built the Raspberry Pi Zero-powered "hipster slayer" out of nothing more than off-the-shelf components and "questionable life choices." The gizmo will continually deny people's attempts to connect to Instagram and other social media vanity sites.

It works by sniffing for DNS lookups on open wireless networks, and when it detects someone trying to access a hated website, special networking frames are sent to the person's PC or handheld instructing it to immediately leave the network. The vast majority of devices comply with these orders.

It is exceptionally effective at selfie-drenched "music" festivals and coffee shops.

Lord (@stevelord) says the tool will feature in his presentation at the Kiwicon conference in Wellington, New Zealand, next week. The Wi-Fi-blocking gadget is among a bunch of gizmos he's crafted and dubbed the Internet of Wrongs; they are designed "solely to antagonise people."

"It powers up from a battery and looks for DNS records on open wireless networks that meet target keywords and deauths the client when it finds a match," Lord said.

(Vulture South did not query whether the inclusion of the latter is a response to his home nation's World Cup crushing.)

It could be used for more serious attacks, of course, but the focus is crushing hipster vanity.

Lord does not expect any trouble from the authorities during his journey from the UK to Wellington, in light of the party-pooping Wassenaar Arrangement on the export of security tools, because his gadgets are the "pettiest, shittiest cyber weapons imaginable."

Lord says his presentation is a crack at the cyber-war hype. He says humans are exceptionally poor at judging risk and are inclined to respond to the primal fear of things like terrorism rather than to evaluate threats with reasoned calculation. ®