Controversial D-Wave system gets thumbs up 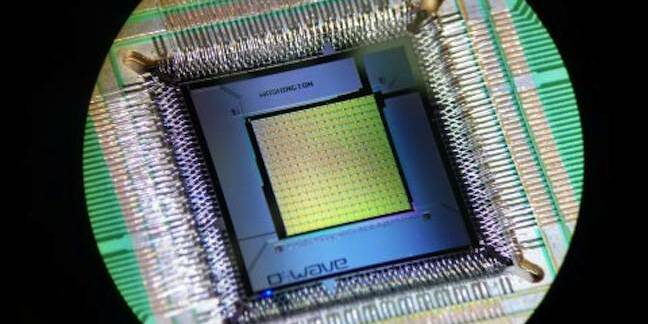 Two years ago Google and NASA bought a D-Wave 2X quantum computing system and the Chocolate Factory has now pronounced itself very pleased with the results.

Now comparing almost any operation against a single core is a bit of a fudge, but the results show that Google and NASA certainly feel D-Wave's take on quantum computing is working. Many in the industry have suggested that D-Wave's claims about its systems were overhyped, but a paper [PDF] published by the Google team suggests otherwise.

The Chocolate Factory also ran tests on the machine using an algorithm called Quantum Monte Carlo, which simulates running quantum problems on ordinary silicon and again, the results were up to 100 million times faster.

The decision to invest in D-Wave systems was a controversial one, since some in the industry think that the company has oversold the quantum abilities of its hardware. While it's significant that Google refers to it as a quantum annealing system, the company is still happy enough and, in September, signed a seven-year contract with D-Wave for more of its hardware.

Neven said there was still a ways to go with quantum computing, but that the tests had shown that existing hardware will work for certain tasks much faster than anything else on the market. How broad a range of tasks is something Google will be spending a lot of time finding out. ®