The glass is strong in this one

Review Here's one of the year's major surprises, and it's a nice one, in the shape of the latest high-end Motorola. It's already attracted acres of mainstream press coverage and that's before it's even generally available.

It's the Motorola X Force, and it's the phone that the Daily Mail ran a truck over ... and the display came out undamaged. In case you missed the pre-publicity, let us explain.

This thing touts a "shatterproof" display, the world's first, according to Motorola. In the US the same model is sold as the "Droid Turbo".

You can see why, all other things being equal, this is newsworthy. Every day on buses and the Tube I see people using phones with smashed displays. Many people prefer to soldier on, since the cost of repair (it's invariably a smashed iPhone) is so high.

Motorola advises reviewers that "the phone is not ruggedised and not meant to survive drops from extreme heights". Mmmm, that's asking for it really; so far, the Force has been dropped some 900 feet onto a car park, taking in a few extra bounces for good measure, and the display continued to function. 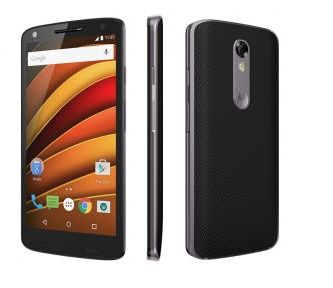 We didn't subject the Force to scientific impact testing, but it took the drops without grumbling. Heavy duty tests conducted on the device consistently show that while the alumunium frame of the phone may get dints or scratches (or bend) the five-layer glass of the display comes through some serious impacts unscathed.

The "Shattershield™" display has five layers, including a dual touch sensitive layers (in case one fails). The topmost layer is hard coated, while the one under that can flex with the impact.

Under the OLED (that's organic light-emitting diode, for the uninitiated) display is an alumunium plate. While most readers with an engineering background could produce a shatterproof design without too much difficulty, the clever part is doing so in a device that looks like a regular smartphone.

And this is a Clark Kent of phones – completely unassuming on the outside, and only 9.2mm thick.

Happily, and unusually for any kind of "ruggedised" consumer electronics, this is a no compromises top-end model. Remember when Nokia used to do rugged or "sports" phones, like the 5140 or 5500? They were usually a few laps behind the front runners. Not so here. 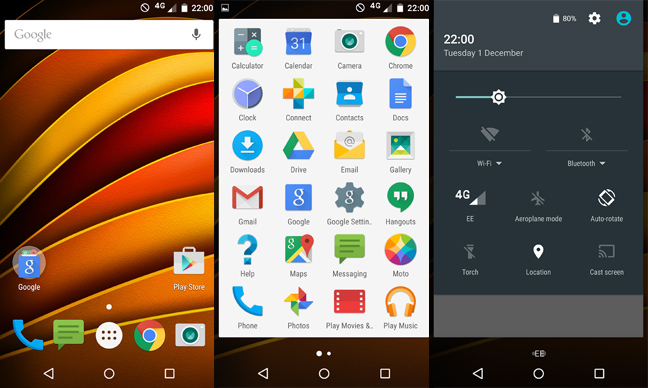 Motorola has packed the goodies that come in its Moto X Style flagship into the X Force. This means you're getting a 5.4-inch Quad HD display (1440 x 2560), wireless charging, a 21MP main camera, water repellent coating, "Jolly Fast Charging™", and the fastest CPU on the market, the Qualcomm Snapdragon 810.

In fact, the Force boasts a significantly beefier 3760 mAh battery than the erstwhile flagship (3000 mAh). It's also comes in dual SIM SKUs, but check yours does before buying, as single SIM SKUs are also available.

In addition, it can be tailored, just like most other Motos, via the MotoMaker build-to-order store. Here you can choose from a leather back cover, and different metallic finishes. Our review unit came with "Ballistic Nylon", a grippy texture plastic.

The only thing missing is a fingerprint sensor. But given the USP, the beefy battery and Qi wireless charging, it's still a hugely attractive proposition, even at £495.

Call quality and radio performance was fine, although the mono speaker is tinny (although I'll admit I'm spoiled with HTC and BlackBerry's booming speakers).

The "Turbo Charging" (every manufacturer seems to have its own brand for Qualcomm's rapid charging technology) is very welcome. Unlike with the recent Priv by BlackBerry, you actually do get a rapid charger in the box.

The camera performed pretty well, given the low expectations of Moto snappers. The Lenovo-owned company has tried to repair its reputation on imaging this year. It goes for the simplest UI possible (tap anywhere to take a photo) which makes finding the controls a bit harder. It's worth the effort: a control that you can drag around the screen handles focus and light balance.

I found the light and colour balance in automatic mode was pretty impressive. Only in low light was it really surpassed by rivals, who also have the edge on software OIS, for smoother video.

Next page: It take a pretty good photo
Page: