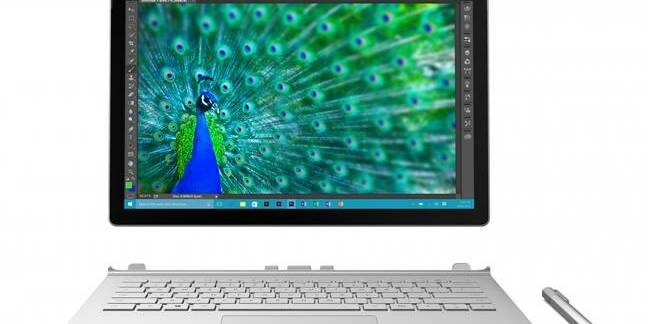 Microsoft has apologised for the “less-than-perfect experience” reported by many buyers of its new Surface Pro 4 and Surface Book computers, but has nonetheless beaten Apple in the tablet sales stakes.

The Surface Book has suffered from flickering screens. Both machines have generated complaints of poor battery life, especially when machines are placed into sleep mode but still manage to deplete the power source.

Users have also complained that machines are slow to wake from sleep mode, that they run hot and/or slowly.

Microsoft's offered some updated drivers to address the issues mentioned above, but has now published A Note to Our Customers from The Microsoft Surface Team in which it thanks “all of our customers for your open and candid feedback on Surface Book and Surface Pro 4.”

Redmond's recommended response is to ensure your device has all the latest updates, and is ready to implement new tweaks to be delivered through Windows Update. If, of course, you trust those updates enough to adopt them without an explanation. The fixes are due in early 2016.

Whatever the new Surfaces' flaws, analyst outfit 1010data says they're selling well. The firm's analysis of the US tablet market for October had Microsoft with 45 per cent of online sales, well ahead of Apple's 17 per cent.

The firm's not yet in a position to say if Microsoft's remained in pole position, or if the October result was a result of a sales surge brought about by the new Surfaces' release.

As word spreads about the new machines' flaws, The Register imagines sales may cool somewhat. ®