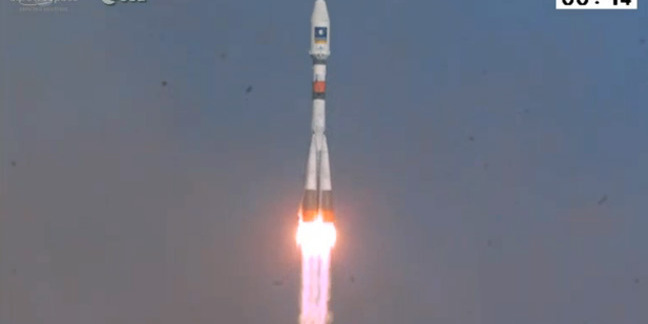 Europe is now two satellites closer to firing up its Galileo satnav system following the launch today of Galileos 11 and 12.

The pair blasted off from the European Spaceport in Kourou, French Guiana, atop a Soyuz rocket at 11:51 GMT. While the Russian lifter hoisted the satellites into low orbit, the final task of getting them to their final Medium Earth Orbit at an altitude of roughly 23,500km is a job for the restartable, autonomous Fregat upper stage. 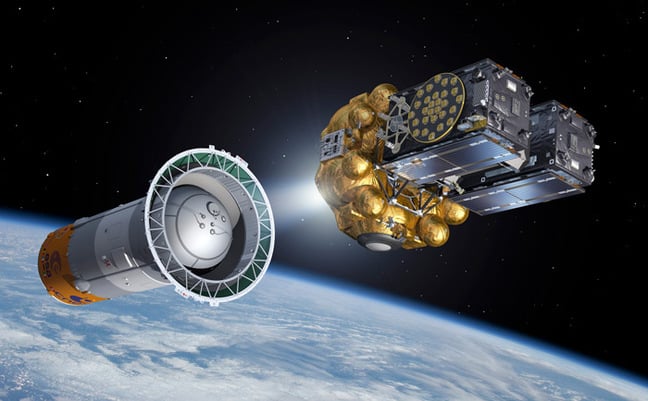 The satellites and Fregat (right) separate from the Soyuz upper stage (left). Artist's impression by ESA/J.Huart

The Galileo project kicked off in earnest back in October 2011, with the launch of two operational satellites as part of the In-Orbit Validation (IOV) phase of the programme. Two further IOV satellites were sent heavenwards in October 2012, before the "Full Operational Capability" (FOC) launches commenced.

With today's lift-off, the Galileo FOC fleet aloft now comprises eight satellites. Galileos 5 and 6 launched in August 2014. Galileos 7 and 8 departed planet Earth back in March 2015, followed by Galileos 9 and 10 in September.

The full-fat system, comprising 24 operational satellites and six orbiting spares, is due to be up and running by 2020, offering one-metre accuracy. The European Space Agency says: "The Galileo navigation signals will provide good coverage even at latitudes up to 75 degrees north, which corresponds to Norway's North Cape - the most northerly tip of Europe - and beyond.

"The large number of satellites together with the carefully optimised constellation design, plus the availability of the three active spare satellites per orbital plane, will ensure that the loss of one satellite should have no discernible effect on the user." ®