Sorry, but this is George’s vision, not ours

Star Wars special I had just turned ten when Star Wars was released in the US in May 1977, but I had to wait almost a year before I got to see it – at the ABC Torquay in April 1978, since you ask. The movie didn’t premiere in Britain until December 1977, and in those days movies took a while to make it out of London and into the sticks.

I was a 2000AD reader at the time of the premiere. The Galaxy’s Greatest Comic had been launched the previous February in anticipation of a Star Wars-fuelled fascination in SF among kids, but come February 1978, I switched to Star Wars Weekly because who knew when the real thing might actually make it to my neck of the woods?

And then the viewing itself. I’d seen Close Encounters of the Third Kind the previous evening with my old man, but the whole family went to Star Wars. I was hooked and, sad to say, it’s been part of my life ever since.

Star Wars was followed by the eagerly anticipated The Empire Strikes Back in 1980 and Return of the Jedi three years later. Both, like the first film, were seen on family holidays so they seemed even more of a treat than they might have been if seen in the local fleapit.

But with Jedi, an era came to an end. I was now 16 and spending more an more time mucking around with 8-bit micros and not enough time swotting for O-Levels. I was growing up, my tastes were broadening. Whether George Lucas ever made the prequel and follow-on trilogies he’d talked about in the rosy glow of the success of the first film, now subtitled ‘A New Hope’, it didn’t matter. I was soon able relive the old thrills on VHS.

The Star Wars tapes – which had been prefigured by a 20-minute version on 8mm home projector film – sported a modified title sequence tweaked to tie it into the series. That change didn’t seem wrong. Lucas didn’t know he’d get to make more than one Star Wars. Heck, he’d barely been able to persuade a studio to let him shoot it in the first place. And it was, when all said and done, his movie.

How quickly I forgot that. In 1997, the first three films were released as teasers for the upcoming prequel trilogy, this time as ‘Special Editions’. What a disappointment for a 30-year-old hoping for a couple of hours’ nostalgic thrills and eagerly awaiting the chance to re-experience the movies on the big screen rather than a 17-inch Sony Trinitron.

OK, I could get Lucas’s desire to have the twenty-year-old print spruced up to match his upcoming digitally-produced prequels. Film stock fades and Star Wars hadn’t been shot on premium quality stock.

But to replace special effects that had rightly been considered ground-breaking in 1977 with CGI, notably the nicked-off-Star Trek burning ring of fire ejected from the exploding Alderaan and Death Star – was that really necessary? Would youngsters coming to the series for the first time really be turned off by ‘Dad’s movie’ with its quaint physical effects? What about the atrocious 1970s haircuts and sideburns?

Lucas also chose to take the opportunity to dick about – that’s how I viewed it at the time – with the narrative. There’s not only the now-infamous ‘Han Shot first’ rewrite, in which Greedo initiates the two-shot firefight, not the Correllian, but also an unconvincing encounter with a non-humanoid (thanks to Jedi) Jabba the Hutt.

What about the clumsy reunion with Biggs Darklighter, pointless without the matching scene where he and Luke part company outside Tosche Station? These scenes had been left on the cutting room floor for a reason and they added nothing now.

Star Wars suffered the most, but Empire and Jedi got messed with for the sake of messing too – and, it seemed, of making money. I hated them, especially when it became clear that these were to be regarded as the definitive versions. My memory – my very childhood thrills – had been tarnished by this wretched man and his ego. The originals were so unbroken, they couldn’t possibly warrant fixing.

And so I banished these so-called Special Editions, never to be seen. My old pan-and-scan VHS copies had made way for letterbox versions, but I managed to hold on to the original theatrical versions. But by the DVD era, they had been relegated to low-quality ‘B-sides’ to the Special Editions.

And then, this past summer, I gave in. I was in Australia on holiday. I’d brought along ripped copies of the mucky, Laserdisc-sourced theatrical trilogy, but sitting in front of my in-laws’ 60-in telly, they now seemed like a relic from the early years of cinema. In a sudden quest for pristine hi-def picture quality, I caved in and bought the then-recently released six-film set from iTunes.

And you know what? They were great. Coming at them effectively fresh – it was a decade and a half since I’d seen the Special Editions – and viewed back-to-back with the prequel trilogy, I loved every minute – even Han coming (kind of) second.

And there are some genuinely good additions: the Millennium Falcon gliding among the towers of Cloud City; the galaxy-wide celebrations at the end of Jedi; getting to see the Dewback, previously only glimpsed in publicity stills and the background of the film; a more populous, busier Mos Eisley; Ian McDiarmid’s Emperor appearing in Empire.

Ever the tinker, Lucas – or his minions – have gone back and tweaked their tweaks so Han no longer dashes round the corner to view rows of what look like flat Stormtrooper cut-outs (1997), but a squad of moving troopers, a staff of Imperial officers gathering on a gantry, and TIE fighter (2015). 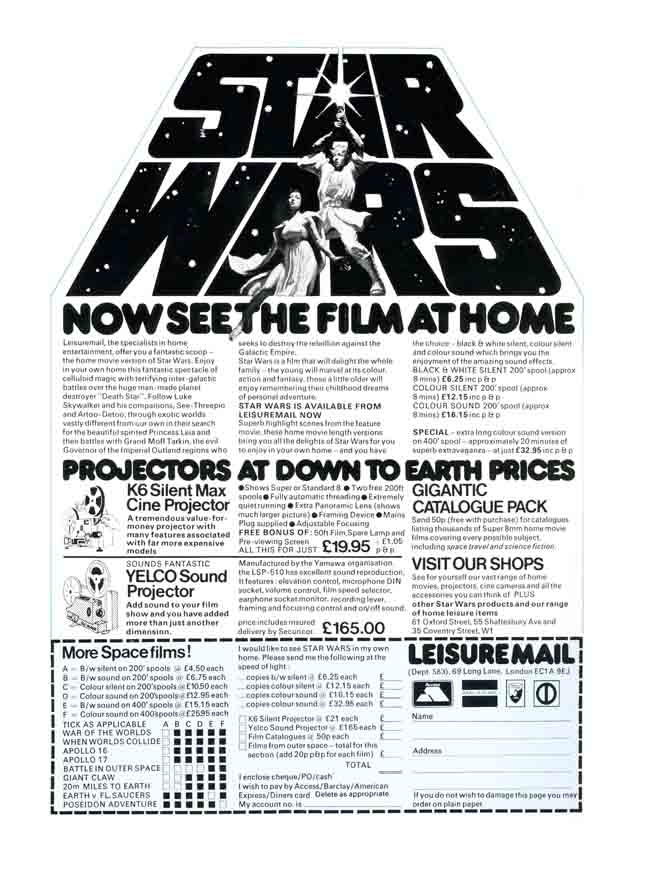 The best of the changes enhance rather than intrude, which is why I loathed the extra scenes added to Star Wars and the shots re-made simply to alter the camera angle (Luke’s speeder outside Ben’s hovel, for instance). They’re still there of course, but they’re brief and, with time, jar rather less than they did.

But here’s the thing: no matter what I think, these are not my movies, they belong to George Lucas. Dozens of creative people contributed to these three films, and contributed significantly, but ultimately they all worked under Lucas’s supervision. Star Wars is his vision, and if he decides Han shouldn’t shoot first, whatever I think about the impact on the character, he’s the only one with the right to make that choice.

I (still) don’t like it, or Darth Vader yelling “No! Noooooo!” like a worried mum when the Emperor is toasting Luke – or teen Annakin turning up at the end rather than the appropriately aged Sebastian Shaw*, but then there are lots of elements in other movies that I don’t like.

Because we fans enjoy something so much, we unconsciously come to believe we have a say in it. We all have that feeling, to a greater or lesser extent, thanks to the emotional connection we have with Star Wars, Doctor Who, Bond or whatever. We can‘t help but want to participate.

I now know I love the Special Editions. Because I love Star Wars the saga. I even enjoyed The Phantom Menace. Kind of. If you’re a Special Edition denier, get over your nostalgia and the anger that someone messed with your cherished memories, and enjoy these three films for what they are: Star Wars the way George Lucas wanted them in the late 1990s – and since, given the many subtle changes made to intervening releases, including the latest ones.

We’ll never truly know how different that vision really was to his late 1970s viewpoint, but that doesn’t matter. The Special Edition is the legacy, the canon; the others were yet another draft on the path to completion.

Heresy? Maybe. But you know what? It’s only a movie. ®

*When you become one with the Force you do so at the moment you died as a Jedi, natch.