Spooks, spyware, Ashley Madison and Windows 10: What you read in 2015

Ten of the best from your favourite tech site (and ours) 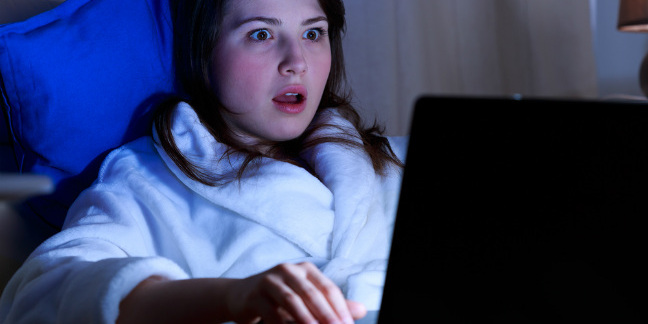 The last 365 days (give or take) have produced more than 11,000 articles on The Register. We covered the biggest tech purchase in history (Dell/EMC for $67bn), the trashing of the US-European Union safe harbour data export deal by European judges, the Ashley Madison hack, and, well, so much more.

Big subjects, but what actually got you reading and clicking? Here's our Top 10 of our most read stories of 2015:

1. First, there was Duncan Campbell's account of his life’s work exposing the government’s surveillance programs and disclosure of documents confirming the existence of the mighty ECHELON intercept project. This article appeared in Intercept.

2. Then came the creation of Microsoft’s own Linux distro – Azure Cloud Switch (ACS) – which Redmond described as: “Cross-platform modular operating system for data centre networking built on Linux” and “our foray into building our own software for running network devices like switches".

3. At three we revealed why nobody should ever, ever search the data belched online by hackers from the Ashley Madison marital cheater’s website.

4. Then came The Reg’s interview with rarely interviewed physicist Freeman Dyson, who looked at the climate system before it became a hot political issue, over 25 years ago, who has campaigned against nuclear weapons proliferation, and who advised Bomber Command during WWII.

5. At five we have Lenovo being busted for shipping Windows PCs containing crapware that re-installed itself via the firmware should it be discovered and deleted.

6. Along similar lines at six we have automated update in Windows 10 that clashed with Nvidia drivers, forcing PCs to crash.

7. Then came Erik Meijer, who has worked on C# and Visual Basic in addition to other critical elements of Microsoft's .NET, and who slammed the exceptionally fashionable Agile as a “cancer", adding that we "talk too much about code, we don’t write enough code". Others disagreed.

8. At eight, we have our analysis of a 75-byte sequence of Unicode that can be smuggled into text messages and take down your iPhone.

9. At nine it was the attendees of Download Festival having their faces captured on CCTV, scanned and fed through facial recognition software and compared with a database of known offenders under a new system from Leicestershire Police.

10. Finally, we saw Microsoft pushing Windows 10 on unsuspecting Windows 7 and 8 user via a seemingly innocuous and rather vaguely worded updated, KB 3035583. ®