Intel and Warner Bros have lawyered up to stop a Chinese company flogging hardware that strips out 4K copy protection.

Intel's subsidiary, Digital Content Protection (DCP), joined with the movie maker in a case filed on New Year's Eve in the US District Court for the Southern District of New York.

The products in question bypass the anti-piracy mechanism in HDCP 2.2, which encrypts HDTV content all the way up to 4K. 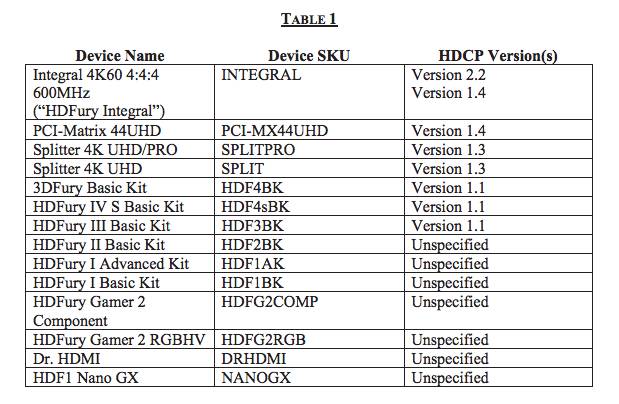 Since the company is allegedly operating without a license from DCP, the claim also complains that LegendSky is falsely identifying itself as complying with HDCP's licensing requirements.

The products in question are installed between an HDCP-compliant device like a player, and another device, handing over a “stripped” signal.

As always, the plaintiffs are seeking damages and an injunction to stop the sale of the devices.

In 2010, a red-faced Intel said HDCP encryption was broken, after its master key was leaked via Pastebin. ®