The four-metre-high "Namib Dune" forms part of the Bagnold Dunes, which skirt Mount Sharp's northwestern flank. The mount rises 5.5km from the floor of the Gale crater, some 5° south of Mars' equator.

Of particular interest to NASA boffins is the Namib Dune's "steep, downwind slope, known as the slip face". The space agency elaborates: "Here, sand blowing across the windward side of the dune suddenly becomes sheltered from the wind by the dune itself. The sand falls out of the air and builds up on the slope until it becomes steepened and flows in mini-avalanches down the face." 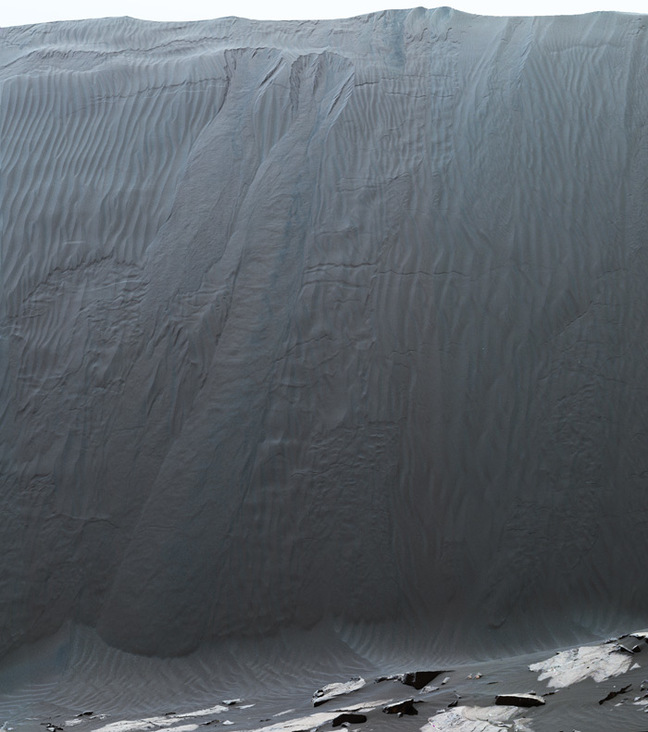 Scientists hope Curiosity's dune-watching will offer insights into "how wind moves and sorts grains of sand, in an environment with less gravity and much less atmosphere than well-studied dune fields on Earth". In common with some of their terrestrial counterparts, the Bagnold Dunes creep across the landscape, as much as a metre per Earth year. ®