The new Huawei is the world's fastest phone

Hands On Huawei can today boast the fastest smartphone in the world - besting even the iPhone 6s in key benchmarks. We got a decent idea of what the new Mate 8 feels like having had a preview at Huawei's Shenzhen HQ at the tail end of last year.

Anandtech has performed the first and only comprehensive benchmarks on the new 6-inch phablet, which suggest that Huawei's new Kirin 950 chipset, which makes its debut in the Mate 8, roasts the Snapdragon 810 and 808-powered competition - and in some cases, bests the Apple iPhone 6s too.

It's staggering to think that only two years ago, Huawei's best phone, its flagship Ascend P6, couldn't even do 4G. Which was slightly surprising, as the Huawei mothership sold more LTE equipment than anyone else. But the Consumer Business Unit was only a couple of years old then, and taking baby steps. Since then Huawei has piled on impressive features, winning the beauty contest to make Google's Nexus flagship, the 6P.

Some of Huawei's firsts are of dubious value, such as the Sapphire display (which never appeared), or beating Apple to a pressure sensitive "force touch" UX in the Mate S (six months later, you still can't buy one). Others are more useful, such as the best-in-class fingerprint sensor, or shrinking the display bezels so the devices are much more comfortable to hold, and produce a lighter package.

With the new six-inch Mate 8, the emphasis is on power and charging, and closing the speed and performance-per-watt gap with the rivals. So far Huawei's phones haven't been the snappiest, but this looks set to change. 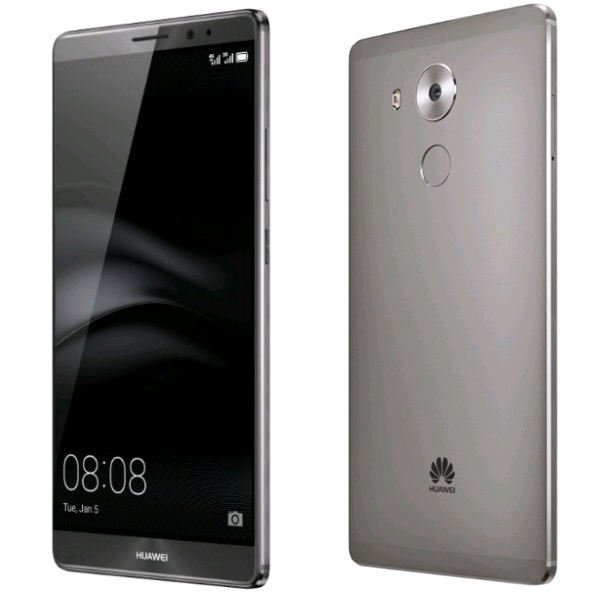 Huawei claims the Mate 8 charges 105 per cent faster than the Apple iPhone 6s Plus, thanks to its own rapid charging circuitry, which is compliant with the Qualcomm standard. (Huawei uses its own electronics here). The company says it's more frugal than rival 'Droids, and should go for "2.36 days" between charges, with heavy users getting over a day and a half. Given the battery weighs in at 4000mAh, that should be feasible. The fast charge purportedly fills 37 per cent in half an hour. We haven't had a chance to test these claims. 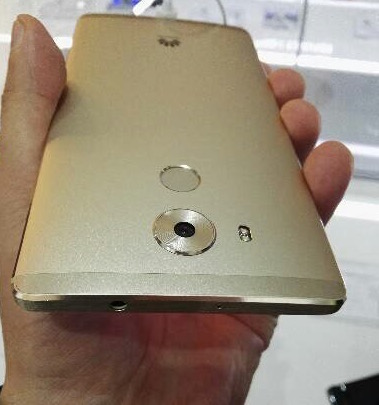 The Mate 8 is the first Huawei to ship with Marshmallow (6.0) and bears a very strong resemblance to the excellent Mate S, which got an honourable mention in my grumpy Phones of the Year roundup. (Spoiler: there isn't one).

However, it's larger than the Mate S, and it represents a break with the Mate 7's boxy design language. The main difference with the S is that it's larger, and incorporates a 6-inch diagonal IPS panel, rather than the Mate S's OLED display. The 8's display is brighter, but side-by-side, I preferred the Mate S's quite stunning display, with its superb contrast are superb inky blacks.

Huawei's going for value with the Mate 8, leaving the Mate S as something of a luxury item. Once again, the bezels are very thin, and the metal case has the same curved design as the S, making it comfortable to hold. Huawei's fingerprint sensor, as with the Nexus 6P it built for Google, is circular rather than er, "squircular". The camera sensor is a 16MP unit sourced from Sony. 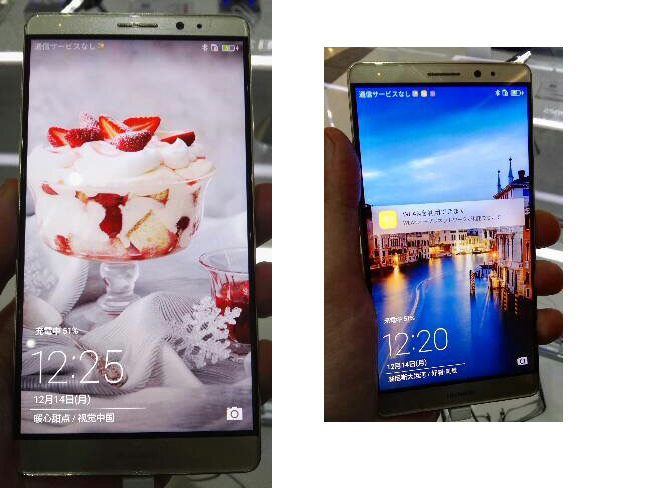 Huawei's new octocore mobile chipset, the Kirin 950, makes its debut in the Mate 8. Nobody has ever used the words "Huawei", "smartphone" and "speed demon" in the same review before, but that's going to change. The only benchmarks published so far, in a comprehensive review by Anandtech, suggest the Mate 8 comfortably beats the Snapdragon-powered competition in key departments.

In the browser benchmarks, it came top of the results for Kraken, Octane and Basermark web tests, where only Apple iPhone's 6s devices performed better. For memory and floating point tests, Anandtech found it beat all comers, including the iPhone. The site describes the Mate 8 as "absolutely astounding", and "by far the fastest Android" the reviewer had used.

The Octocore core design marries four ARM A72 cores at 2.3Ghz with four A53 cores at 1.8GHz, with ARM's Mali T880MP4 GPU providing the graphical gruntwork.

The 32GB/3GB model is priced at €599, or £429 at the VMall UK store, while the 64GB/4GB model is going to be €699. Huawei's problem in the latter half of 2015 was fulfilling demand, as it cranked its VMall internet store slowly into life. It will surely have to cope with increased demand for the Mate 8.®