A third of UK.gov big projects will fail in next five years, warns NAO

Lack of IT knowhow highlighted by public sector beancounters 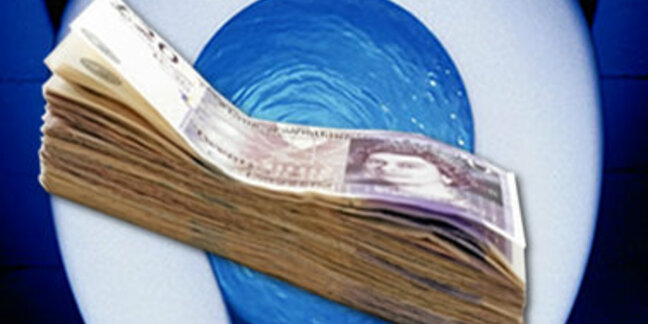 Blighty's spending watchdog has warned that one third of the government's major projects due to be delivered over the next five years are on track to fail.

The National Audit Office said, in its progress report on major government projects, that 37 out of the 106 projects due to finish by 2021 are "in doubt or unachievable if action is not taken to improve delivery."

There are currently 149 projects in the Government Major Project Portfolio, with a combined lifetime cost of £511bn and an expected spend of £25bn in 2015-16. Of those, 40 are IT projects, with a whole lifetime cost of £20bn.

The Register has previously identified 20 IT projects flagged as either "amber/red" in the Major Projects Authority's annual report. Amber means "major risks or issues are apparent in a number of key areas" while "red" means "successful delivery of the project is unachievable."

Those projects included Universal Credit and the Care.data programme.

The public sector has had a poor track record in delivering projects successfully, said the report. "While in the last Parliament, the NAO reported on improvements in the way aspects of programmes in some departments were managed, we also reported regularly on project failures and on ongoing projects that were experiencing considerable difficulties."

Key Groundhog Day issues seem to include a lack of portfolio management; a lack of clear, consistent performance data; poor early planning; lack of capacity and capability to undertake a growing number of projects; and a lack of clear accountability for leadership of a project.

It also noted a lack of skills and capability, particularly in IT.

Some of the recent reports on IT disasters by the body and the Public Accounts Committee include: the £40m GP data extraction system; the £215m Common Agricultural Policy IT system, which could also incur yearly fines of £180m from the EU; and the £1.1bn e-borders system.

Amyas Morse, head of the NAO, said: "I acknowledge that a number of positive steps have been taken by the Authority and client departments. At the same time, I am concerned that a third of projects monitored by the Authority are red or amber-red and the overall picture of progress on project performance is opaque. More effort is needed if the success rate of project delivery is to improve." ®

Plus: Delivery on 9 more projects at 'major risk'

How does UK.gov fsck up IT projects? Let us count the ways

Give us real data and not guff that's six months out of date, thunders Parliament's PAC

UK.gov IT projects that are failing: Verify. Border control. 4G for blue-light services. We can go on

Watchdog notes rise in schemes at risk of flopping

One-quarter of UK.gov IT projects at high risk of failure

UK.gov watchdog didn't red flag any IT projects. And that alone should be a red flag to everyone

Analysis Transparency is welcome – but you gotta read between the lines