2015 chip market battered by everything bar earthquakes and nuclear war

And that could change soon.... 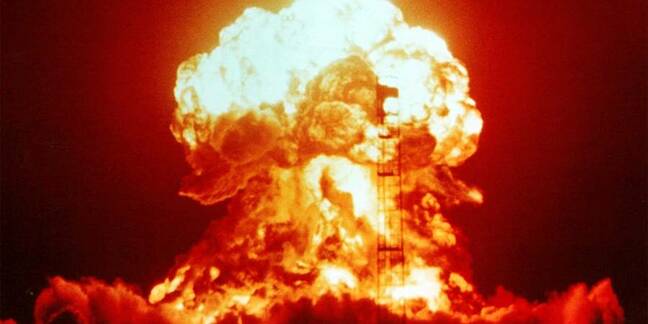 Gartner’s just published take on the 2015 semiconductor market shows overall revenues slipping 1.9 per cent to $333.7bn. Just to really rub it in, this compares to 2014’s 7.9 per cent growth.

What caused the slump? Pretty much every excuse that has whacked semiconductor sales over the last 25 years could be deployed in 2015, bar earthquake and nuclear war - though these might well hit Q1 2016 the way things are going in Korea right now.

As it was, Gartner research director Sergis Mushell, said a strengthening dollar “significantly impacted the total semiconductor market in 2015.” This pushed prices of components and finished products in local currencies, prompting buyers to delay purchases or buy cheaper products.

Supply gluts in key markets - that bane of the 1990s chip market - were also a factor. The NAND market was undermined by “elevated supply bit growth that resulted in an aggressive pricing environment.” The result was a meagre 4.1 per cent revenue growth.

Mushell added that 3D NAND commercialisation was “modest” and limited to one vendor, Samsung. But, he continued, investment in NAND flash and 3D tech was “aggressive”. Presumably this will mean continuing price pressure and perhaps oversupply in future.

If you want to know what this looks like, have a butcher’s at the DRAM market, where revenues slid 2.4 per cent last year, compared to 32 per cent growth in 2014. Gartner placed the blame for this squarely on weak PC demand which trashed ASPs. Things would have been worse, if Micron had not been transitioning to 20nm tech, leading to “negative bit growth” at the DRAM heavyweight.

Overall, that weakness in key device markets meant only optoelectronics, non-optical sensors, analogue and ASIC saw revenue growth, compared to 2014 where all sectors showed growth. That same weakness in PC demand hit Intel, which saw overall revenues slip 1.2 per cent to $51.7bn. Nevertheless, it maintained its top spot in the industry, and actually increased its market share by half a percentage point to 15.5 per cent.

So, top marks to South Korea, though we imagine they're taking a rather cautious view of this year's prospects right now. ®