V404 Cygni can be spotted by telescope 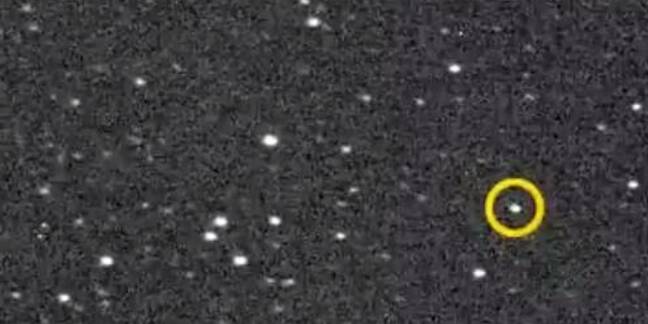 Video The next time astro-boffins announce a burst of activity in V404 Cygni, grab a telescope, head somewhere dark, look at Cygnus, and you could get a treat.

V404 Cygni's proximity to us (7,800 light years) makes it one of the cosmos' best-studied black holes, and what's got the Japanese researchers excited is that it sometimes produces phenomena that can be observed with a simple optical telescope of 20 cm or bigger.

Their paper in Nature (abstract here) fries bigger fish, with a focus on what oscillations in V404 Cygni's outputs suggest about its mass accretion.

Relatively nearby on a cosmic scale, the black-hole/main sequence star pair had a huge outburst in June 2015 that made it the brightest X-ray object in the sky. Outbursts occur when material from the accretion disk falls into the black hole, reaching temperatures of 10 million Kelvin or more.

What Kyoto University masters student Mariko Kimura found was that the outburst also produced optical oscillations repeated over timescales from minutes to hours – and these correlate well with the X-rays, which suggested their association with the black hole's activity.

What's happening, they reckon, is that the X-rays emitted when matter is sucked into the black hole's maw are heating up matter at the edge of the accretion disk, making it glow.

The team, which included researchers from Japan's space agency JAXA, the RIKEN national laboratory and Hiroshima University, say their study suggests the orbital periods of the star and black hole contributes more to determining repetitive activity in such systems than does the mass accretion rate.

The light has only taken 13 billion years to reach us