A Russian follower of the Church of the Flying Spaghetti Monster has won the right to wear a colander on his head in his driving licence photo, although this great leap forward for Pastafarian rights comes at a price.

Andrey Filin posted a triumphant tweet last Saturday, in which he declared: "The first licence with a colander in Russia! What a great day!" 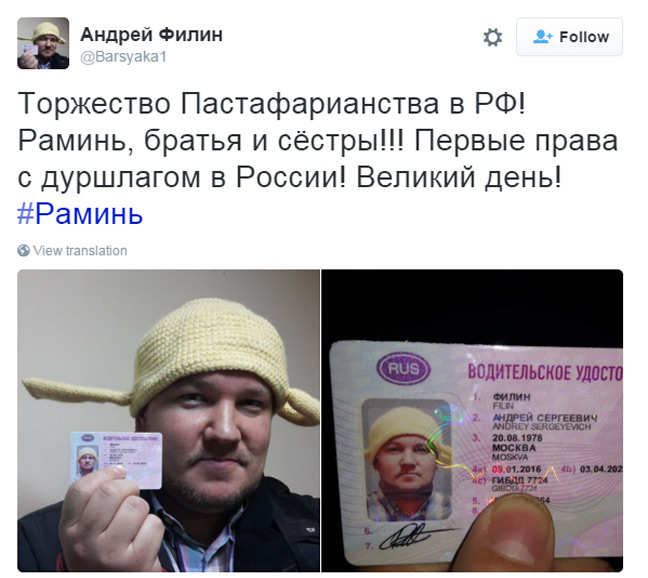 However, Vladimir Kuzin, the deputy head of the Moscow State Traffic Inspectorate, assured that the powers that be will demand Filin's strict adherence to his religion. Kuzin told Russian media: "The next time he is stopped by the traffic police, if he doesn't have a pasta strainer on his head, his licence will be taken from him."

The first Pastafarian to appear on a driving licence in noodly-appendage worshipping headgear was Austrian Niko Alm, back in 2011. 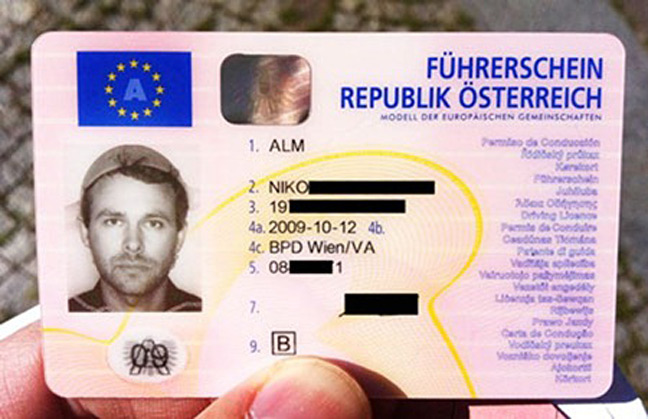 In November last year, Lindsay Miller prevailed in a similar licence battle with the Massachusetts Registry of Motor Vehicles, with the support of the American Humanist Association.

Sadly, though, Pastafarians continue to suffer discrimination at the hands of non-believer bureaucrats. The US state of Georgia's Department of Driver Services, having recently issued Christopher Avino with a temporary licence complete with colander, has demanded he provide a colanderless photo for his permanent permit. 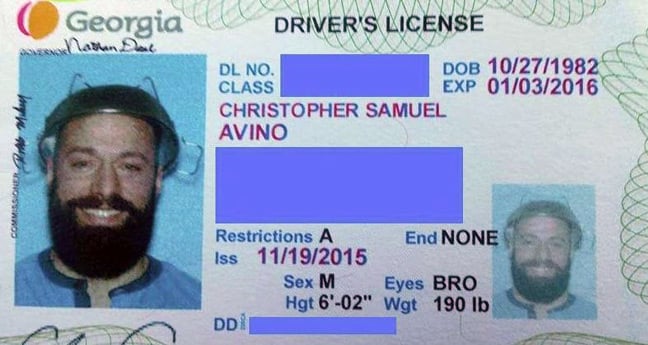 The department's legal team sent Avino a letter which states: "Pastafarian is not actually a religion. Rather it is a philosophy that mocks religion."

The Church of the Flying Spaghetti Monster has its origins in this 2005 letter to the Kansas School Board regarding the teaching of Intelligent Design. In it, Bobby Henderson states: "Let us remember that there are multiple theories of Intelligent Design. I and many others around the world are of the strong belief that the universe was created by a Flying Spaghetti Monster.

"It was He who created all that we see and all that we feel. We feel strongly that the overwhelming scientific evidence pointing towards evolutionary processes is nothing but a coincidence, put in place by Him." ®