Irish forum goes away with the fairies for a while

Productivity in the Emerald Isle may have peaked on Tuesday with an outage of popular forum boards.ie coming on top of Twitter's TITSUP moment.

The popular boards.ie discussion board was out for the second day following an apparent denial of service attack.

The DDoS, by parties as yet unknown, was confirmed via the official boards.ie Twitter account. Of course, not everyone noticed as Twitter has been up and down for most of the day. 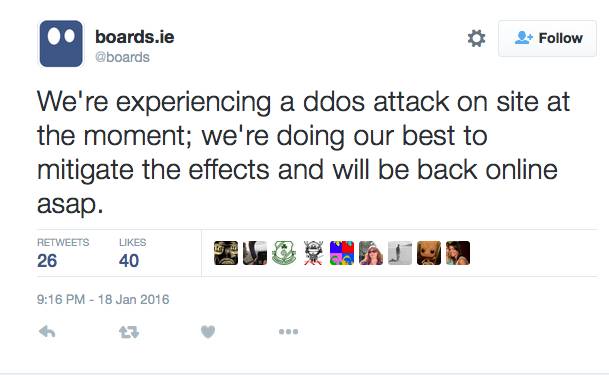 The topic of the attack also spawned a thread on Reddit. ®

At 15.3 million requests per second, the assault was the largest HTTPS blitz on record lasting 15 seconds
Security28 Apr 2022 | 15