Will boost head count, keep ear to the ground on acquisitions... 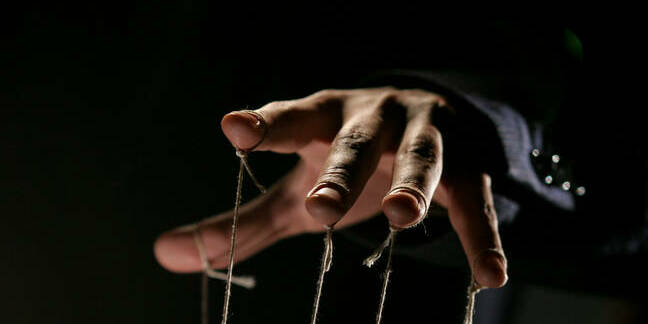 Puppet Labs has laid out plans to scale up its R&D and sales operations, after tapping a credit line and apparently putting plans for a Spring IPO on ice.

The IT automation vendor said last May that it expected to hit revenues of around $100m in 2015, and to make a stock market debut this spring.

CEO Luke Kanies told The Register, “We’re not really discussing the [IPO] plan specifically.” He went on to say. “The market is not in a great place to see an IPO...it’s much much more difficult right now.”

“The first half of last year looked good for technology IPOs. Today it does not look good at all. That’s certainly affected our expected timing.”

Instead, the vendor has secured a $22m credit facility from Silicon Valley Bank, and said the extra capital juice will enable it to “meet its aggressive growth targets while maximizing its unique opportunity to continue changing the way IT is provisioned, managed and deployed.”

Puppet still has half the cash from its last $40m funding round in the bank, said Kanies, and sufficient working capital to push its expansion plans.

However, it made sense to secure the credit line while it was available, just in case it hit any bumps in the road. Banks have an awkward habit of pulling credit just when companies actually need it. Kanies emphasised “our goal is to be cash-flow positive in 2016.”

Kanies said the firm expects to add around 150 staff this year. Puppet currently has around 125 of its current 400 headcount working in R&D. Kanies said he expected the R&D team to grow a “little faster”. Other additions will come in sales, with the business looking to reorganise its teams to better differentiate between run-rate business and chasing new enterprise leads.

As for expanding its product lineup or splashing cash on acquisitions, Kanies said the focus was on the “general IT automation landscape as from what we can tell, only 15 per cent of the market is using any sort of automation at all.”

But, he added, “We'll keep our ears to the ground to see if there are any good strategic acquisitions out there that make sense to our business, but we can't really speculate on any possible near-term acquisitions."

And while it is sucking in money from Silicon Valley, it isn’t planning to up sticks to Silicon Valley - not yet anyway. Rather it has signed a new lease agreement that will add 37,000 sq feet to its headquarters by 2018 - it currently has 75,000 sq feet. This means those new heads will be in Portland. The firm is banking on attracting techies who can’t stand the rents in San Francisco, or the ubiquitous Starbucks in Seattle.

Despite being wedged between the tech centres of Seattle and Silicon Valley, Oregon has been curiously short on tech companies. A few readers of a certain age may remember Central Point Software. Fewer still will have visited its HQ just outside Portland. (This writer did…) ®

Dell Tech: We have a plan B for bog standard IPO