Why does herbal cough syrup work so well? It may be full of morphine

FDA says to return drug-laced bottles. We're sure everyone will comply

The US Food and Drug Administration (FDA) is sounding alarms after an herbal cough remedy sold throughout the US was found to contain morphine.

The FDA said that bottles of Licorice Coughing Liquid made by Chinese-based Ma Ying Long Pharmaceutical Group and distributed by Master Herbs, Inc contain a "camphor compound" whose ingredients include a form of the highly-regulated opiate. The cough syrup was sold through various Chinese grocery stores in California, New Jersey, Ohio, Nevada and Hawaii and marketed as a treatment for colds, coughs and sore throats.

Anyone who has purchased one of the 100ml bottles of Licorice Coughing Liquid is being advised by the FDA to contact the manager and return the item to the store where it was purchased. Shop owners, meanwhile, are being asked to pull the cough syrup from their shelves and return any unsold product to Master Herbs. 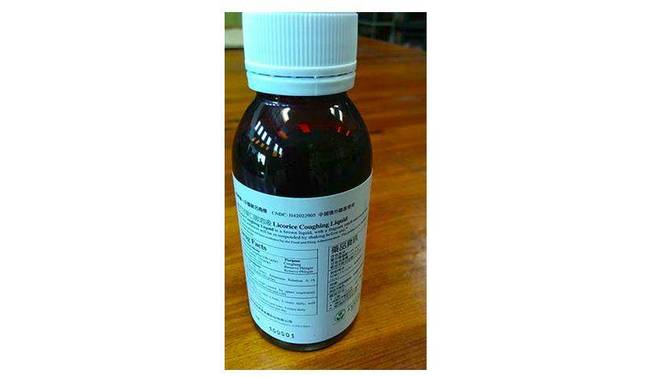 Use for cough, sore throat, and chasing the dragon

Though this appears to be the first morphine-related recall of cold medicine for the FDA since at least 2011, the opiate was once a popular ingredient in the "snake oil" patent medicines widely used in the late 19th and early 20th centuries and marketed as cure-alls for everything from colds to venereal diseases.

The FDA keeps an extensive list of unapproved over-the-counter cold and cough remedies, and in 2007 the administration recommended avoiding their use altogether for young children. ®

Not so fast AI Doctor, the FDA would like to check how good you really are at healthcare

I see you're using adaptive algorithms. Step this way for some regulation please

ACLU: Here's how FBI tried to force Facebook to wiretap its chat app. Judge: Oh no you don't