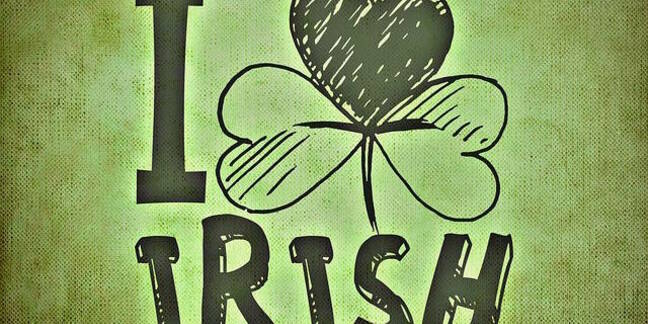 Ireland’s republican party Sinn Féin has declared it has no intention of giving Apple any wriggle room over an upcoming European ruling that could leave it liable for billions in back taxes.

Ireland is braced for an election - and starting 100th anniversary commemorations of the Easter 1916 rising against British rule. Some might suggest this will make for an even more volatile period of politicking than usual.

Sinn Féin, long regarded as the political wing of the now inactive (Provisional) Irish Republican Army, is running on an anti-austerity platform, and is thought to have a fair chance of ending up in government as part of a coalition. And it’s already started flexing its muscles over some of the sweetheart tax agreements allegedly struck by previous governments with big US tech companies.

Sinn Féin’s finance spokesman, Pearse Doherty, told Bloomberg today that the party would not be reckless with the economy, and had no wish to scare off the inward investors, particularly tech firms, that underpinned the country’s economic miracle in the 1990s.

Well, except for Apple, whose Irish tax arrangements are under investigation by the European Commission. A ruling on tax laws could come as early as March, and could result in Apple - whose European HQ is in Ireland - being hit with an $8bn back-tax bill, Bloomberg has predicted. The current Fine Gael-led government has already said it would resist any Brussels decision against its agreements with Apple, which employs thousands at its Cork European HQ.

Doherty warned that Apple could expect no such mollycoddling from Sinn Féin. He told Bloomberg, “It’s ridiculous in the extreme for the government to say no matter what the commission find, no matter how stark the evidence may be, that they’re going to appeal this. This would be tax that would be due from a company that is more wealthy than the entire Irish state.”

Doherty was not speaking off the cuff. The shinners have had their eye on Apple for a while. Sinn Fein MEP Matt Carthy took a swipe at Apple back in October.

In a posting, he said: "However, it would be indefensible to allow hugely profitable companies free reign [sic] to manipulate our tax legislation while ordinary citizens are forced to comply with unjust and unfair taxation measures introduced by this Government.

"If Ireland is due tax from any company, it shouldn't be afraid to claim that tax,” he continued.

The figures at stake would go a long way to helping Sinn Féin deliver on the anti-austerity platform it is campaigning on - assuming any finding says the cash in question should go to Ireland, and not other states in the European Union.

Falling foul of Sinn Féin - unofficial slogan tiocfaidh ár lá - is just the latest misfortune to befall Apple in Ireland. Earlier this week, 4,000 workers were rushed out of its European HQ in Cork, after emailed bomb threats, which turned out to be hoaxes. Still, it could have been worse. They might have had to evacuate themselves.

More prosaically, an ex-pat German worker at the plant was sentenced to a year in prison after storing months worth of his own...waste in his apartment.

All unfortunate stuff, but should Sinn Fein start demanding billions from Apple, we can really say it’s hit the fan. ®