Google UK coughs up £130m back taxes. Is it enough? 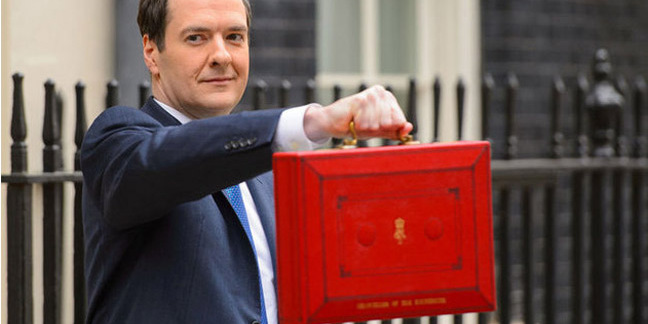 Osborne: Show me the money, Google

Google is to pay £130m to settle a tax dispute with the British Government over how it account for revenues booked in the UK.

More importantly for Treasury coffers Google will now "pay tax based on revenue from UK-based advertisers, which reflects the size and scope of our U.K. business,” a Google spokesman wrote in an email doing the rounds yesterday.

Matt Brittin, head of Google Europe, denied the company was a tax avoider. "We were applying the rules as they were and that was then and now we are going to be applying the new rules, which means we will be paying more tax,” he told the BBC.

Money, that's what I want

US multinationals have come under increasing fire for the elaborate measures they take to avoid paying taxes on revenues generated in the European Union. Three countries - Ireland, the Netherlands and Luxembourg - make it very easy and entirely legal for companies to squirrel their profits away from tax authorities.

The UK also plays its part in helping those companies funnel those profits out of the EU and into tax havens across the world, including Bermuda, a favourite of Google.

But the EU worm has turned, single market or no single market. the big multinationals pay a measly proportion of their EU earnings in tax, however they dress this up. The big member states want their slug of profits generated in their states and the multinationals are politically unpopular. They know the game is up.

New EU VAT rules in place since January 2015 mean that online businesses now have to pay VAT in the country of the consumer buying the goods not the business. This is good for large EU countries and bad for Luxembourg, the European domicile of Amazon thanks to its lower VAT rates.

In March 2015, Britain’s Chancellor of the Exchequer George Osborne announced the diverted profits tax - quickly dubbed the 'Google tax' - a 25 per cent levy on companies that channelled profits overseas.

In response, in May 2015 Amazon said it would book UK sales through its UK arm and not in Luxembourg. In 2013 Amazon attributed £4.71bn of sales in 2013 to customers in the UK but its Amazon.co.uk Ltd wing filed accounts recording just £449m in revenue for that year. It paid £4.2m in UK corporation tax.

Given that this is Amazon and given that CEO Jeff Bezos has an almost sociopathic aversion to paying tax, it is doubtful that the change will generate much more income for HMRC. No doubt the Treasury bods will console themselves with the new VAT revenue stream generated from Amazon's UK customers.

In December 2015, Apple agreed to pay €318m in back taxes over five years to Italy - equivalent to two days annual global profit.

The company has a much bigger battle on its hands with the EU, which is expected to rule that its tax arrangements with Ireland is illegal state aid. This could cost Apple $8bn in back taxes - and how much thereafter?

Apple is expected to appeal any ruling against it, Bloomberg reports, and of course it will have the backing of the US government in a catfight with the EU. But if enforced would a curiously reluctant Ireland collect or would the Apple windfall get divvied up among the countries where Apple made it sales? ®

How multinationals use Ireland to avoid paying tax

In 2013, Brid-Aine Parnell wrote an instructive account of multinational tax avoidance schemes for The Register. This seems like a good time to republish.

Ireland has come under scrutiny more and more for tax avoidance schemes, particularly one called a "Double Irish". The strategy is a technically legal one, based on Ireland's territorial taxation system, which doesn't tax companies physically based in the country that are "resident" wherever their central management are located.

An international firm will set up two Irish companies to make it work - hence the "double". The first will own the intellectual property rights of the products for sale, but will be resident for tax purposes in a haven like the Bahamas or the Cayman Islands.

The second Irish subsidiary will take a licence for the rights from the first firm, in return for large fees. The second company gets the income from the sales of the products, but its actual "profit" is low because the fees to the first firm are deducted from it. The remaining profit is taxed at the lower Irish rate of 12.5 per cent, rather than the higher rates of the UK or US.

To further complicate matters, multinationals can add a Dutch sandwich. Because Ireland doesn't tax companies' income from certain EU states, like the Netherlands, firms can further reduce their taxes by sticking the income from the sales of products made by Irish companies over there.

The income goes to the shell company in the Netherlands, benefiting from its tax laws, and the money for production costs goes back to Ireland. Remaining profits go to the first Irish company, one being resident in a tax haven. The two Irish companies are the bread, the Dutch firm is the lovely filling and the multinational ends up paying little to no tax because no country sees the full revenues or profits.

Although the terms Double Irish and Dutch Sandwich are becoming synonymous with tax avoidance schemes, these two countries are by no means the only ones used in such elaborate tax planning. Luxembourgeois and Swiss sandwiches are also possible and those are just the strategies that we know of - there are, no doubt, many more.