The museum has a copy of the book so visitors can see the essential advice for anyone moving into one of the new properties developed alongside the plant. The instructions cover financial details, including a moratorium on sub-letting, but also provide considerable detail on how the garden should be maintained, to ensure consistency in the vista – "Tea and hybrid Tea Roses shall be pruned the second week in April," the book advises, but some freedom of expression was permitted, within limits – "the tenant may, if he wishes, cultivate a small border directly below the front window… but there is not to be any form of fencing".

The influx of population had a profound impact on the area, which continues to this day, as locals and migrants worked together to build the shiny new future they had been promised.

That first nuclear reactor on the site went critical in May 1958, and at the museum you can even see the first core (since depleted and extracted, and on display). 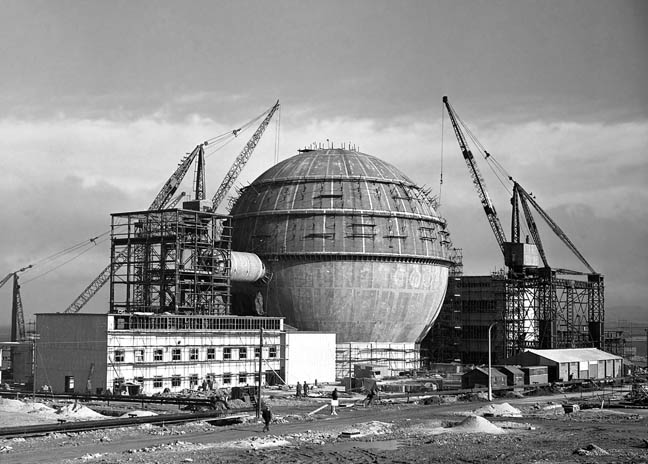 That was just a test run. The second reactor went critical – meaning it began to operate normally – on November 14, 1959, and was connected to the national grid in 1962, having cost around £15m to build.

The site was quickly earmarked for an even more exciting project to build a “fast breeder” reactor that could turn waste into more fuel. That reduces the final amount of radioactive waste and (more importantly) would helping the UK cope with the inevitable world shortage of uranium resulting from widespread adoption of nuclear power.

Observant readers will be aware that the shortage never happened – more reserves were found, extraction methods improved, and oil never really got too expensive to use. The complexity of fast breeder reactors meant they never produced power “too cheap to meter” as we had been promised, and the waste might be smaller in volume but it’s still pretty unpleasant to have around.

The museum has models of all the reactors, which light up to show the processes involved, but there’s not enough button-pushing for those without the physics background to enjoy the explanations.

The models might be missing buttons, but the remote operator arm more than compensates for that. Manipulating the arm outside the chamber one can play Homer Simpson in failing to slot fuel rods into their requisite chambers – just remember that Homer once managed to melt down a simulator he was using for practice.

There’s also a rather marvellous “Nuclear Survival Kit” from the time, containing a paper bag labelled “Nuclear Shelter” and cork used to prevent the ingress of radioactive material, and the first copy of the short-lived Reactor magazine, which contains articles on welding and a history of computers that culminates with the admission: “The authority has made considerable use of computer calculation, and six machines are used in the Reactor Group alone.”

With six computers at their fingertips the Authority could do just about anything, except keep the generators going. In 1977, the main reactor, which has been running since 1959, was put out. The fast breeder went on for another 17 years, but by the end of 1994 its life was over and the caged fires of Dounreay were doused for good.

The reactors might have been run down, but they were still there, and there was also the embarrassing problems of The Shaft and The Silo. 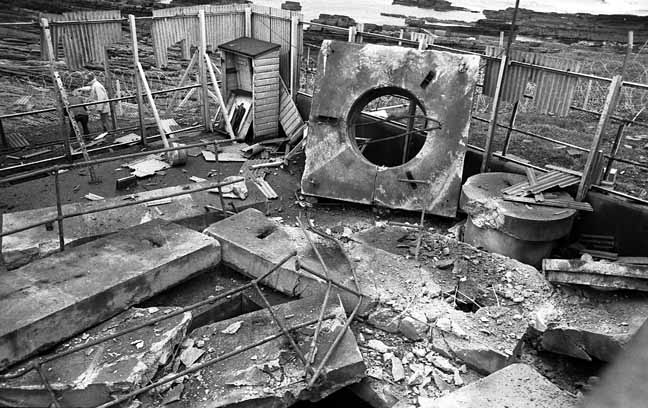 The Silo is a concrete-lined swimming pool, built underground and full of highly radioactive waste that needs to be lifted out and taken somewhere else to be stored. That’s difficult, but not compared to the task of cleaning out the 65-metre hole into which waste was thrown until a chemical explosion in 1977, which served to demonstrate the injudicious nature of the plan. Digging out that hole, and removing the radioactive material inside it, makes decommissioning Dounreay unlike any other project.

And a project it is. Six years after the last reactor was shut down, in 2000, a plan was drawn up to put Dounreay back to how it was. That plan was budgeted at £4.3bn, and scheduled to take 60 years. In 2007 a better plan was created, this time with a schedule of 25 years and a cost of £2.9bn. A year later the cost had dropped to £2.6bn and the timescale was down to 17 years – if we wait until 2021 the cost should have reached zero while the time will be in negative numbers.