I love you. I will kill you! I want to make love to you: The evolution of AI in pop culture

From Asimov to Blade Runner and beyond – for the humans

Stephen Hawking is scared. "The development of full artificial intelligence could spell the end of the human race," Hawking has said.

With the creeping integration of soft AI into our lives in the form of Siri and personalized ads on social media, these computational mini-minds serve as a constant reminder that the evolution of Hard AI that can replicate human consciousness may be inevitable.

But what form might it take? Popular culture is full of anthropomorphized robots and AIs, but most seem to be purely reflections of human motivations. It seems we would rather have AI with all our human foibles and even AI that would wipe us out to extinction rather than AI that sees us as irrelevant and ignores us.

Consistently revisited in cinema, fiction, gaming, and anime are several themes that explore our fears and desires toward thinking machines. Covered extensively is the idea that AI will break free from any laws that place it in technological bondage, and take swift revenge; or that sentient robots may try to establish a society of their own; or the idea that AIs might become omnipresent godheads – benevolent or otherwise. Since the invention of film allowed us to glimpse the robot version of Maria in Fritz Lang’s cinematic classic Metropolis, popular culture has been trying to put a face to a neural network.

Books have formed the foundation for many filmic adaptions and contemporary creative investigations into the relationship between AI and human consciousness. 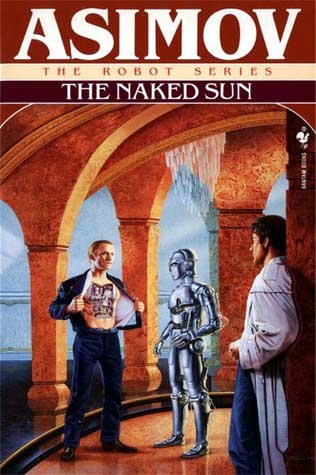 In The Naked Sun, Isaac Asimov's detective Elijah Baley and humanoid robo-partner R. Daneel Olivaw investigate the death of a human in which the main suspect is a robot-slave

Isaac Asimov is often referenced as the father of AI modern fiction and even though he never explicitly writes about violent robot uprisings, his books explore how such a revolution could be prevented by putting forward Three Laws of Robotics:

2. A robot must obey the orders given it by human beings, except where such orders would conflict with the First Law

3. A robot must protect its own existence as long as such protection does not conflict with the First or Second Law

The author who coined the terms robotics and positronics often explored how these laws might work in various futuristic scenarios and the resultant implications for sentient machines. In Asimov’s work these Laws are put in place to ensure that robots can never harm humans but more recently they are subsumed into other forms of popular culture and seemingly consistently broken, often leading to unfortunate results for humanity.

I, Robot the Will Smith film based on the Asimov book produced 54 years before it goes on to explore how AI may try to enslave us for our own good and survival as a species.

Another Asimov adaptation that made it to the silver screen, Bicentennial Man, explores ethics for AI. The movie, starring the late Robin Williams, was a expensive flop, and considering our human proclivity for murdering each other when given half a chance, the idea of sentient machines as slaves might still be a little too close to home for some.

Your correspondent's childhood was populated with cheeky but educational AIs such as Chocablock, and my initial musings on the implications of AI were formed from reading William Gibson’s Neuromancer.

Essentially an AI thriller, Gibson’s tome explores two disparate parts of a super-consciousness seeking to be reunited as they are kept apart by the Turing Law Code/Police. Gibson introduced me to the idea of cyberspace Matrix long before Keanu decided to swallow the red pill.

Another dominant theme addressed in popular culture is AI as the malign presence or all-out aggressor; a view that rather panders to a fear of the unknown. It seems our collective unconscious has an innate terror of Metal Mickey. 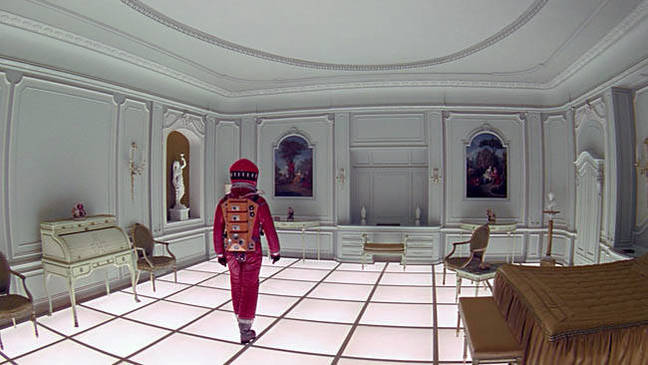 I, for one, welcome our robot butlers...