Cloudbees banks on Jenkins 2.0 to help double revs this year 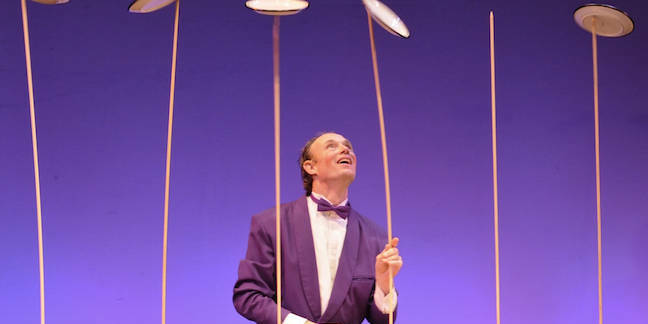 Cloudbees is looking to build out its services partner lineup as it banks on further growth in the enterprise space this year, when the Jenkins platform it bases its business on finally hits version 2.0.

The continuous delivery specialist delivered an update yesterday in which it hailed the signing of 13 new partners in the fourth quarter. Exactly how much value these partners will deliver is difficult to divine. As a private company, it doesn’t really do hard numbers.

But speaking to The Register, CEO Sacha Labourey said it expected to double revenues this year in 2016. Theoretically this could mean it makes $20m or $200m - the company will only say its current revenues are somewhere in the $10m to $100m bracket, of the back of “a few 100 customers”. Last year revenues grew 258 per cent, he added.

Labourey also said the firm had grown its headcount by a factor of three, which will take a bit of time to absorb. However, this would increasingly give it a base on which to target new paying customers. Jenkins is an open source platform, but Cloudbees makes its money selling services and additional products on top.

Because of the nature of Jenkins platform - which uses an agent to report back on deployments - Cloudbees knew that the open source platform has been rolled out in larger enterprise. While this didn’t deliver direct contact information it can chase, it was a reasonable “proxy” for the future market for the services and products it sells to run.

A key point this year would be movement of Jenkins from version 1.X to 2.0 later this year, he said. This would be the trigger for announcing new products, he said, particularly aimed at managing very large infrastructure and large scale deployments, for example at companies deploying something like Openstack: “CI/CD are great workloads for that.”

At the same time, he predicted, smaller companies were losing their fear of running significant operations on public cloud environments. “We’re perceiving as if some gates have dropped in terms of public cloud adoption...We need to be easier to consume on those environments.”

The focus in the UK is on boosting its services alliances. The UK, and indeed Europe, is a “covered market”, where thought it has some resellers, these work with the vendor on accounts. Other markets are purely service by resellers.

Durga Sammeta, senior director of global alliances and partners, said that given the product and revenue expansion outlined by Labourey. “We need the systems integrators to be taking that to the market, so the services partners are key for us this year, that is our main focus.”

He said the key existing services partners operating in the UK were WiPro, Infostretch and Forest Technologies, with Unisys and Ranger4 also being significant players. ®