Researchers at the Smithsonian Institute are preparing to show off every Trekkie's dream: the original model of the USS Enterprise.

The model is the original version of the fabled Starfleet craft, last painted in 1991 for a taping of Star Trek The Next Generation The museum said it will be returning the ship back to it's exterior paint job from the 1967 taping of The Trouble With Tribbles, although it got many new coats of paint over the course of 79 episode tapings of the beloved science fiction series.

To restore the craft, researchers have deconstructed the model and stripped from each section years of paint applied to the craft over its various iterations between 1967 and 1991.

"The Enterprise model has been carefully separated into its individual components—saucer section; secondary hull; port and starboard nacelles and pylons; deflector dish array; hangar bay doors; and the bridge," the Smithsonian researchers said.

"Each section is being meticulously studied to determine its construction and condition and will be documented with visible, ultraviolet, and infrared photography." 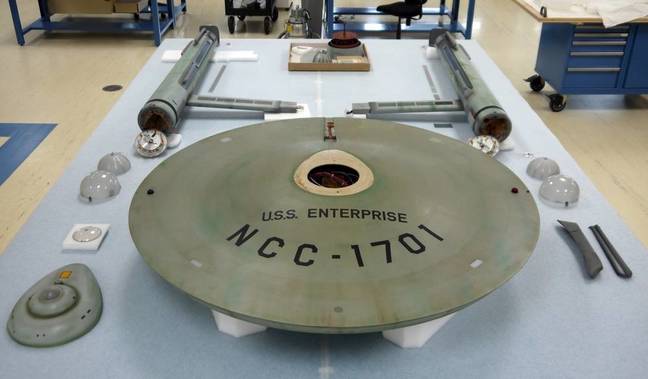 The new version of the Enterprise will reflect the original paint job of Gene Roddenberry and company, sans the layers of paint slapped on the craft over the years. 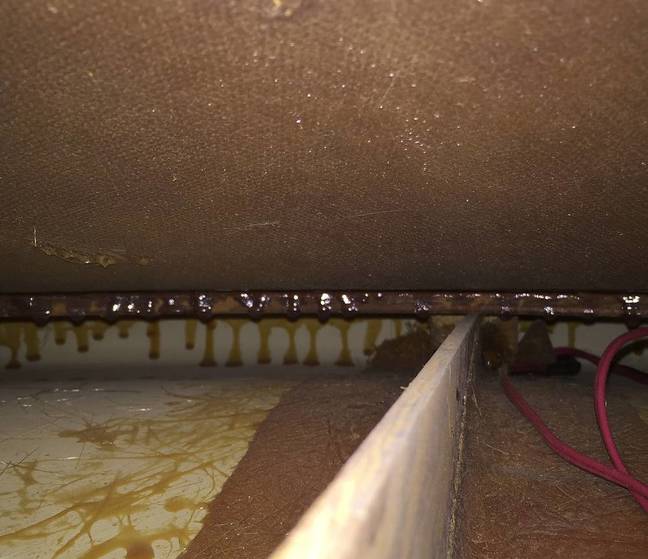 A shot from the inside of the fabled starship

In addition to the updated coat, the Enterprise has been treated to cover more than four decades of wear and tear that had to be individually removed by scientists.

"To understand the layers of paint applied to the model over the decades, microscopic cross sections of the paint were sampled and studied by Dr. Susan Buck, a conservator specializing in the analysis of painted surfaces," the researchers said.

"The analysis revealed layers of paint from four generations of filming and four previous restorations. The only area with unaltered original paint, on top of the saucer, will be painstakingly cleaned and stabilized, but not altered." 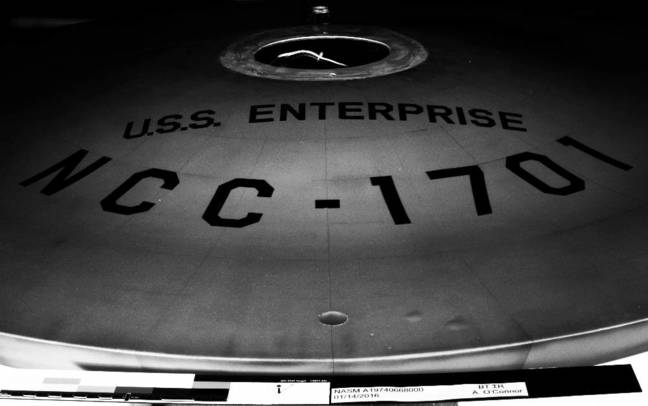 The model of the USS Enterprise is set to go on display later this year as part of the Boeing Milestones of Flight Hall exhibit.®

Food and fuels, too? Totally not sounding like a Star Trek replicator
Science18 Aug 2022 | 30