With PCM the state, or phase, of the chalcogenide material changes from amorphous (no internal structure) to crystalline and back again as the requisite types of electrical current are applied. Each phase has a distinctive and stable resistance level which can be measured and used to denote a binary value.

Ron Neale got nowhere either

Our attempts to get a better understanding from Intel and Micron of how their XPoint memory could use Phase Change Memory’s chalcogenide glass material, exhibit bulk change upon the application of electricity, show consequent stable resistance changes, and be non-volatile, yet not be phase change memory have so far come to naught.

Our experience parallels that of Ron Neale, an independent electrical/electronic manufacturing professional and EE Times blogger, whom we quoted in our story.

Ron has told us more about this: “When Intel made the original 3D XPoint announcement, like you I tried to get answers … Intel just refused to comment on anything on or off the record, even when I tried my snake oil cartoon approach, suggesting they were damaging a great company. I think in the end I just added the cartoon to one of the EETimes comments.” 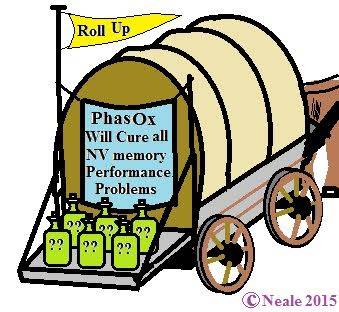 Neale had a set of questions concerning bulk versus filament switching and the need for a heater electrode. He prepared a diagram to try and illustrate the idea of a threshold switch filament acting as the heater electrode for the memory material as well as the matrix isolation device. Questions the notion raised are alongside the cartoon below. 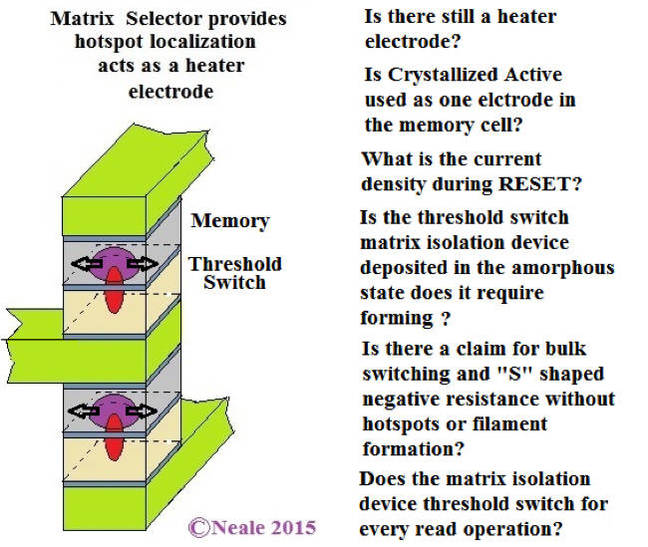 He said: “Their attitude contrasts to IBM, where on an embargoed basis I get free access to most of the PCM work they are doing long before it is published. That is why you will find in EETimes a lot of IBM phase change memory (PCM) articles from me. I can assure you they are not written the day after the press release is issued.”

Neale points out that Intel and Micron have been involved in PCM for some time. “As well a need to demonstrate diversification there is a massive past investment by Intel and Micron, through past attempts at PCM products and the Ovonyx, Numonyx mergers etc. which needs to be amortised and I guess if the project can be kept alive that value can be slowly whittled away.”

He thinks the bulk switching issue is the key: “Normally 'S' shaped negative resistance, or threshold switching, is the signature of the formation of a filament or hot spot. Filaments will result in high current density and the possibility of composition changes with performance and reliability consequences, maybe that is why they were using the term bulk switching to move away from that potentially negative aspect.”

We understand that the chalcogenide phase change memory mechanism is based on crystalline filament growth which is induced by an electric field. 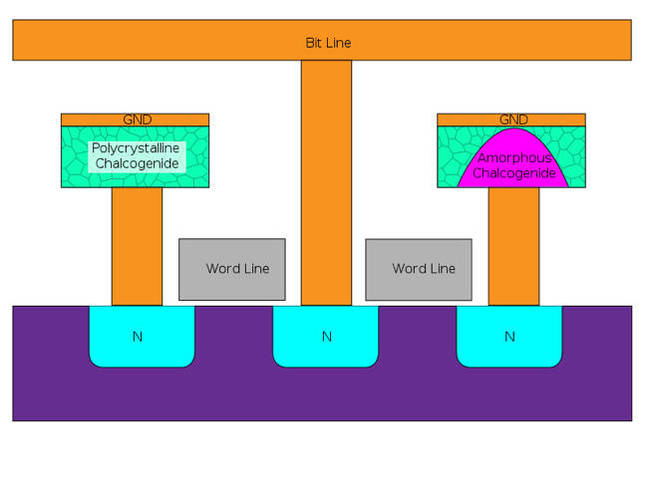 Neale thinks that “if they have bulk threshold switching without a filament or hot spot they will have done something remarkable. At one time I did think they might have created some form of very thin interface device.”

Also: “If they [Intel and Micron] are using a threshold switch as the matrix isolation device that device will have to be switched on every read operation and that will need to demonstrate exceedingly long switching lifetime.”

Neale has noticed a new job opening on Micron’s website. 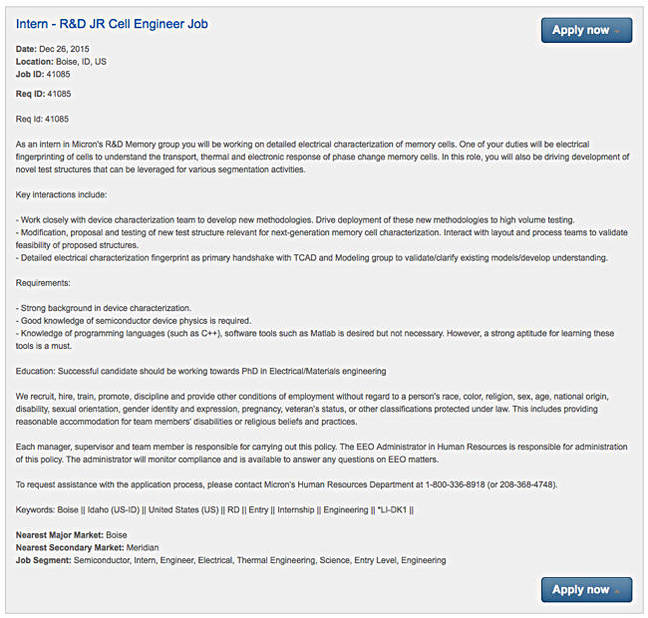 The text says the job involves “detailed electrical characterisation of memory cells [and] electrical fingerprinting of cells to understand the transport, thermal and electronic response of phase change memory cells.”

Neale thinks this “might suggest to some they have a long way to go if they are only just characterising the devices.”

To us at El Reg it seems odd that this is an intern-level position.

There is a hint here that Intel and Micron's 3D XPoint schedule might have to be stretched out because their technology, PCM or no, is not as mature as it needs to be.

And there is another hint in all this; that their technology is not actually that new, or unique, and this whole keep-it-secret marketing exercise is just flummery. ®