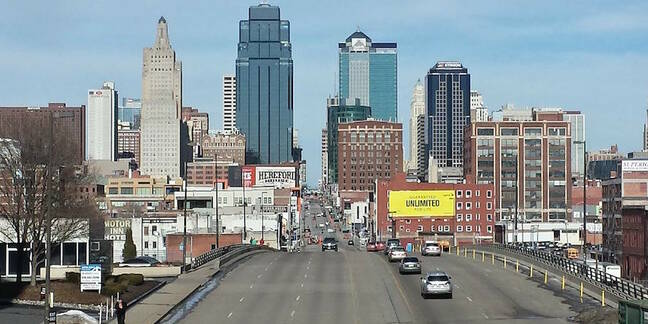 More fiber for your diet ... Poorer homes in Kansas City to get Google broadband

Google said that it would be rolling out its fiber service to nine public housing facilities in the area, providing gigabit downstream bandwidth to about 1,300 households. The strapped-for-cash residents will also receive discounts on hardware and computer skills training to get them up to speed on the web.

"The US has some of the most expensive broadband in the world, while lagging far behind other countries in Internet speeds," said Google Fiber VP Dennis Kish.

"And for families in affordable housing, cost can be one of the biggest barriers to getting online."

Google said the rollout will be another step in a push to bring free service to "select" public and affordable housing facilities in all of its Fiber cities. Google also offers free service to poor communities in Austin, Texas.

The news comes amid the revelation that the continued rollout and operation of Fiber is costing Google's parent corporation Alphabet a pretty penny. The "Other Bets" division, of which Fiber is a part, cost the Chocolate Factory $3.56bn over the last year.

Meanwhile, for those who don't live in a Fiber city, the FCC is reportedly close on plans that would allow for broadband to be covered under the federal Lifeline phones program. The program allows poor Americans to receive discounted service and reimburses the cost to carriers.

"The first principle of Lifeline reform is allowing the program to support both fixed and mobile broadband service," Wheeler said, according to The Hill.

"We will propose having minimum standards of service that Lifeline providers must deliver to receive funds." ®

Potential deal said to be at an 'advanced stage'