Who would code a self-destruct feature into their own web browser? Oh, hello, Apple

Something for the Weekend, Sir? “Put down the sacrificial dagger and step away from the goat.”

Tsk, typical. I make all the effort of finding a remote hillock in Wales and an inexpensive black doe for my pagan ritual and I’m not even halfway through the banishing ceremony. It’s wet and cold and the trailing edges of my robes are muddy, and now some norm in a blue uniform is shouting at me through a loudhailer.

What a lot of fuss, I muse, as they drive me back down into the Welsh valley. Besides, it’s not a sacrificial dagger but a blunt ritualistic one. The goat was just there for effect and was perfectly safe with me. At least, it was safer with me than it would be with the locals.

When I explain the reasoning behind my hill-top adventure in high magic, the police nod in grave sympathy. I had, of course, been trying to persuade my web browser to stop crashing. Perfectly understandable, right?

“We understand, perfectly,” coos the duty officer, pausing in deep thought before adding mournfully: “Safari’s a bastard, isn’t it?”

Earlier that week, I had begun to suffer from system freezes on both my office computer and my MacBook. No doubt everyone experiences these once in a while but I had, from one day to the next, started suffering from multiple crashes throughout the day.

Nor were these just application stumbles but catastrophic freeze-ups of the entire system. This meant I couldn’t kill off any misbehaving processes but be forced to restart every time. This would be followed by a frustrating and extremely boring extended wait while the computer clawed its way out of a shallow grave and spent up to 20 minutes combing clumps of burial earth out of its hair before returning to some measure of (undead) life… only for it to crash again an hour later.

After a day of this, swapping between two computers only for the problem to persist, I noticed a common trait: I had been either opening or switching between web browser tabs at the moment of sudden death. And that browser was Apple Safari.

Although I admit to choosing Safari for my web browser as a deliberate act rather than lack of interest or imagination, to call Safari “my browser of choice” would be a tad unfair. Or at least a smidge.

For more information on what precisely constitutes tads, dashes, pinches, drops and smidges, I refer you to the experts. I’m normally quite good at working with such things in the kitchen, although my wife points out that I always seem to wildly overestimate what constitutes a “knob” of butter.

Talking of knobs, allow me to continue my digression by adding to this list of traditional measurements one that I learnt in my printing industry days. While debating the extent to which an area of fluorescent ink should ever-so-slightly overlap adjacent printed areas (known as a “trap”), we agreed upon the universally recognised printers’ unit known as “a gnat’s cock”.

Talking of cocks, back in 2003, I was present at Apple’s European press launch of Safari, held in Paris. And the cock relationship? The event was organised by a PR outfit called Bite which, as any francophile can tell you, is everyday French slang for penis.

Which brings us back to my crashing computers, which by that time had convinced me that Safari sucked cocks big time. 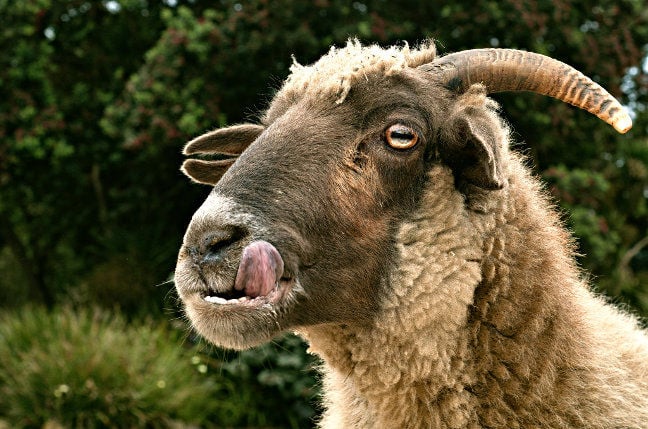 Then I read about a problem with the Safari Suggestions feature – which automatically completes the address of a website you don’t want to go to while you desperately try to type in the one that you do – might be accessing a site called crashsafari.com.

This site does what it says in the URL, so I can hardly accuse its creators of any ill-will or deception. Even though I had never heard of it until that moment, Crashsafari.com does not sound like the kind of website I would ever choose to visit, nor is it the kind of URL I would type into the search field by mistake. But Safari thought it would be a splendid place for me to visit and even typed it in for me and began loading it up in the background. How nice.

What other sites has Safari Suggestions been trying to access behind my figurative back? If I type ‘W’, does it instantly load up Wipemyharddrive.com? If I type ‘upload’, does it jump to Uploadmypasswordstogoogleplus.net? If I just sit there and do nothing, will it randomly jump to Rogermefrombehindwithawhitetoiletbrush.org?

Then the helpful suggestions begin to roll in from friends and colleagues. Have I deleted the cache? Yes, duh. Have I got rid of the cookies? Yup, I’ve scoffed the lot. Have I tried clearing my history? Yes, in fact I’ve jettisoned my entire browser history and apparently gone back so far in time that I no longer suffer any spinning wheel problems because the wheel hasn’t yet been invented.

Have I erased the preferences so deeply that Safari now thinks it’s a fresh install that is so raw and ruddy cheeked that you’ll want to wrap it in swaddling clothes? Yes yes yes, I’ve done it all. Crash. Restart.

Hell’s buckets, not the bloody PRAM. Oh, how I hate resetting the PRAM. For whatever reason, the very thought of having to hold down Cmd+Alt+P+R while the computer goes bong! bong! bong! makes me want to push my fist through plate glass and drag my wrists along its edges. Still, worth a try.

Bong! bong! bong! OK, that should have done the trick. Let’s see if I can now go to…

Having tried all the helpful suggestions, I set out on a journey of desperation to fix the problem in other ways, employing methods ranging from the unconventionally experimental to random acts of escalating violence. I have erased, emptied, deleted and flushed my computers. For good measure, I did the same with the toilet. Every half-hour. I have crowed to the moon. I have sacrificed virgins (in my dreams, anyway). I have lit candles, drawn magic circles and reread some Dennis Wheatley.

It was only after my failure to get anywhere by donning round spectacles and pointing a stick at the screen while repeatedly shouting “Safarus Buggerarsus!” that I grabbed my shiniest cake knife and blackest dressing gown, picked up the black goat I’d reserved on Gumtree and set off to the Welsh hills.

Back home and in a huff, not least because the goat is eating everything and shitting everywhere, I opt for the simplest choice and revert back to Chrome. The familiarity envelops me. It does everything I want. It’s like meeting an old friend. It does...

Aw snap! Something went wrong while displaying this webpage.

Alistair Dabbs is a freelance technology tart, juggling IT journalism, editorial training and digital publishing. He has now ditched Chrome and is rediscovering Firefox, a browser he has not installed, let alone launched, for years. He holds out little hope and will not be seeking a refund on the goat just yet.