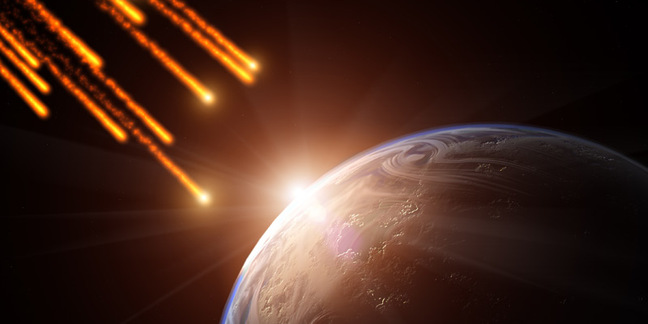 One man is dead and three injured following a reported meteorite strike in India.

Indian media report police officials saying the death was the result of an explosion on university grounds in the Southern town of Vellore that shattered windows and killed the unnamed bus driver.

If confirmed it would be the first recorded death from a meteorite strike.

Photos from the scene show members of a police bomb squad inspecting a hole perhaps three feet in diameter with debris or rubbish scattered.

Police have not found evidence of a bomb blast at the impact site.

The alleged meteorite has been recovered but its size or composition has not yet been revealed.