Uber, Taskrabbit, other Silicon Valley darlings urge Europe not to screw their business 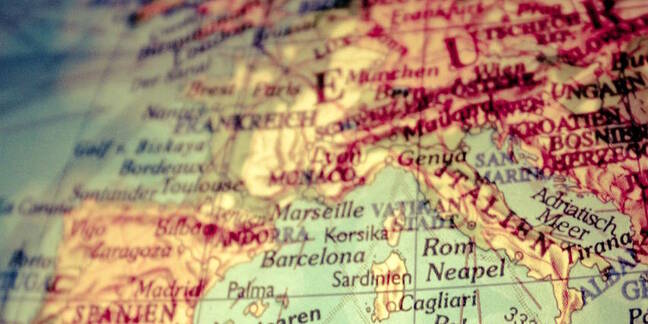 Uber, AirBnB, Taskrabbit and another 44 online businesses built around the "sharing economy" have written to the European Union urging politicians not to limit their development through new laws.

In a letter [PDF] addressed to Dutch prime minister Mark Rutte, currently president of the EU, the companies argue that they are "remodelling whole value chains." They are also "challenging more established methods of product and service delivery, and those whose businesses are based on them."

Covering everything from dog sitters to car sharing, art rental and multiple room rental services, the representatives of the "European Collaborative Economy Industry" are concerned that the EU's discussions over the "digital single market" will be used by some to limit the development of the businesses by getting local authorities to impose new restrictions that protect the status quo.

"As innovators, we are challenging more established methods of product and service delivery, and those whose businesses are based on them," the letter argues. "This new way of operating is making better use of resources, allowing more efficient allocation of supply and demand, creating new sources of income, promoting micro-entrepreneurship and flexible working and offering greater market choice and convenience."

Uber has most famously run up against taxi regulations in France and Belgium that have seen it banned, fined, picketed and raided. AirBnB has also faced aggressive lobbying from hotel groups threatened by its ability to flood the market with more accessible and cheaper rooms.

We've not heard of the same tactics being applied in the dog sitting or yacht renting market but the letter is hoping to remind politicians that their job is help consumers through competition and their economies through efficiency rather than be swayed by arguments and lobbying from vested interests.

On the flip side, however, an increasing number of European countries are concerned about the risks that the new sharing economy companies may bring. Traditional taxi drivers go through a long-defined approval process that seeks to guarantee riders' safety: Uber's driver selection process has been repeatedly criticized for being significantly less robust.

Likewise, hotels have to meet and maintain strict licensing requirements that ensure visitors are kept safe. Numerous examples exist of problems with insurance or general safety have appeared with services like AirBnB.

As a result of these concerns, countries have asked the EC to look into things and issues guidance on how to apply current EU law to the new companies. It's these guidelines, and an upcoming meeting of the European Competitiveness Council that the companies are worried about.

"We urge Member States to support these objectives and continue to seek to ensure that local and national laws do not unnecessarily limit the development of the collaborative economy to the detriment of Europeans," it pleads.

AirBnB has written an accompanying blog post to the letter it which it asks the EU to "unite behind an agenda for the collaborative economy that secures sustainable economic growth for Europe."

How far that argument goes against the all-too-real fears of liability and damage to established businesses working under existing laws remains to be seen. ®