Sentinel 3-A will form part of the European Commission’s Copernicus Earth-monitoring programme. From an altitude of 814.5km, the satellite will "measure the temperature, colour and height of the sea surface as well as the thickness of sea ice", and monitor land use and the height of rivers and lakes.

Sentinel 3-A packs four instruments: the Sea and Land Surface Temperature Radiometer (SLSTR), as its name suggests tasked with measuring sea and land temperatures "to an accuracy of better than 0.3 K"; the Ocean and Land Colour Instrument (OLCI), a spectrometer which "will allow ocean ecosystems to be monitored, support crop management and agriculture and provide estimates of atmospheric aerosol and clouds"; and a topography package comprising a synthetic aperture radar (SAR) altimeter working with a microwave radiometer (MWR) "used to derive atmospheric correction and atmospheric column water vapour measurements". 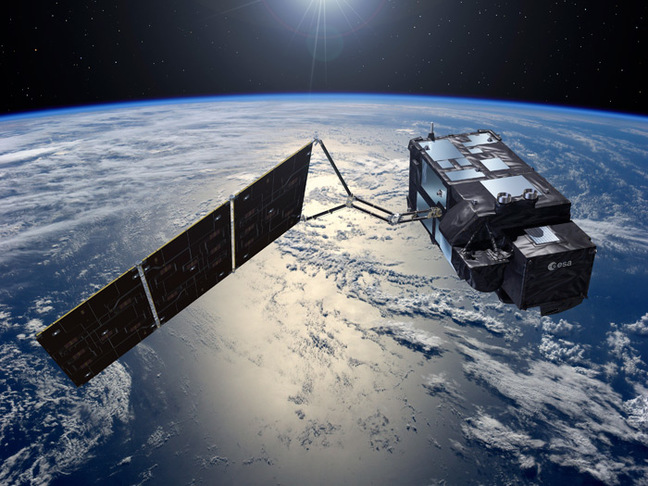 Once Sentinel 3-A's identical twin, Sentinel 3-B, launches in 2017, the pair's Ocean and Land Colour Instruments should provide global coverage at a spatial resolution of 300m every two days, according to ESA.

Last week, the Earth-monitoring satellite was encapsulated at Plesetsk Cosmodrome and transported to the launch pad. 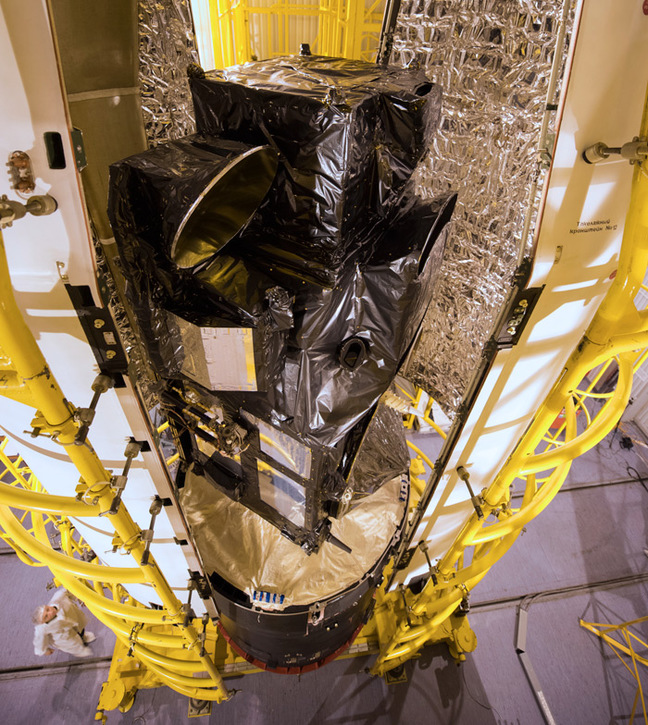 An emotional moment: The encapsulation of Sentinel 3-A

A tearful Bruno Berruti, ESA's Sentinel-3A project manager, said: "After years of hard work developing the mission, we all felt very emotional watching our satellite being encapsulated in the fairing knowing that that was the last time we'll see it.

"But this is what we've been working for – to get this latest Copernicus satellite into orbit and working for the benefit of European citizens, and in fact, users worldwide." 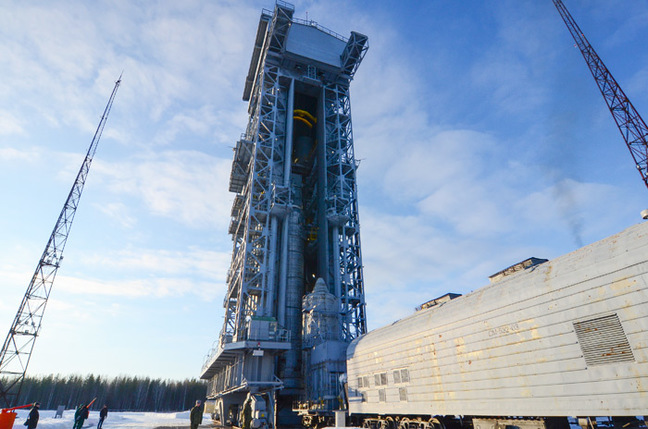 Sentinel 3-A in the Rockot upper stage arrives at the launch pad. Pic: ESA / Stephane Corvaja

Before Earth's citizens can benefit from the work of Sentinel 3-A's "cutting edge" suite of instruments, it still has to get off the ground, and that's the job of the decidedly old-school Rockot lifter. 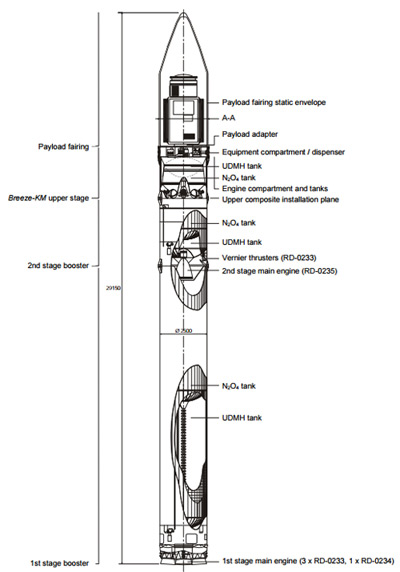 Rockot ("Rumble") is a converted UR-100N Intercontinental Ballistic Missile (known in the west as the SS-19). The UR-100N was a development of the original 1960s UR-100, and it and later variants were in service until 1996, ready to deploy up to "six multiple independently targetable re-entry vehicles" at 25 minutes' notice.

With the end of the Cold War, the UR-100N was pressed into less apocalyptic service, and the resulting Rockot is now operated by Eurockot Launch Services. The company's launch base at Plesetsk is, appropriately, a former secret ICBM site.

Due to its location at a latitude of 62 degrees north, some 800 km northeast of Moscow, the facility is not suitable for geostationary orbit launches, for example, which are conducted from Baikonur Cosmodrome in Kazakhstan.

The Briz-KM upper stage is similarly driven by NTO and UDMH. The three stages are capable of delivering "2,140 kilograms to Low Earth Orbit and 1,200 kilograms of payloads to Sun-Synchronous Orbit". 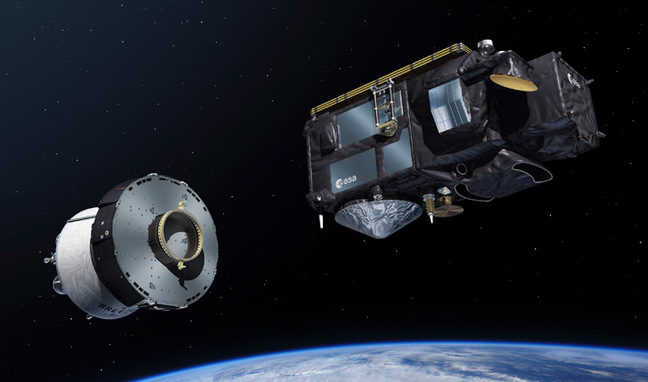 ESA's Bruno Berruti described tomorrow's launch - scheduled for 17:57 GMT - as a "nail-biting time". Rockot has 25 successful launches under its belt, although it has clocked up two failures. 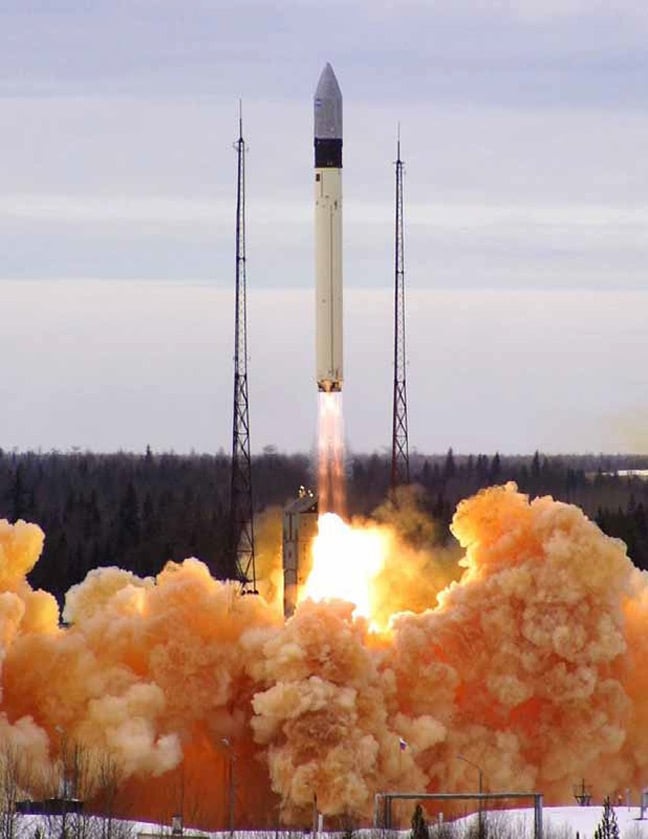 In October 2005, ESA's €135m Cryosat was lost due to a software failure which resulted in the vehicle failing to reach orbit. In 2011, a Briz-KM engine glitch ended with Russia's Kosmos 2470 satellite, aka Geo-IK-2 No.11, in a much lower orbit than planned, and ultimately consigned to a fiery death in Earth's atmosphere in July 2013. ®