UPDATED Facebook has "unpublished" the page pertaining to legendary Brit comic Viz, citing a breach of the social network's terms and community standards. 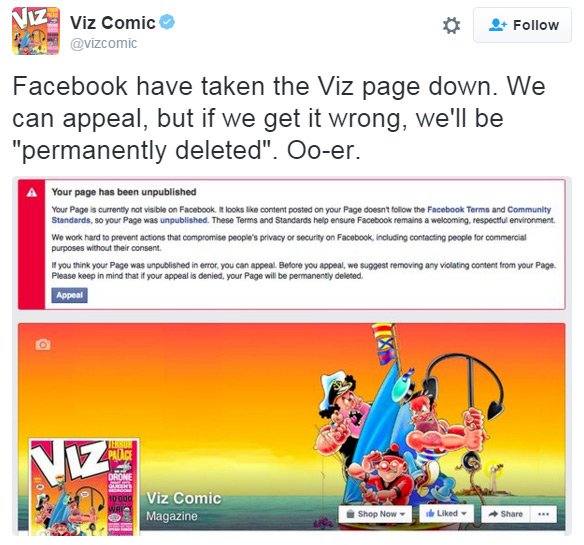 Viz has since 1979 been serving its own brand of adult humour in a kids' comic stylee. Its creations include Roger Mellie, Sid the Sexist and The Fat Slags, as well as the user-generated "Letterbocks".

This fine example of the latter (NSFW) may go some way to explaining why Facebook has taken exception to Viz. ®

We may not have much in common, but El Reg and Viz are in total agreement on the matter of Skegness.

Viz's Facebook presence is now restored. "They wouldn't tell us what we did, but we promise not to do it again, whatever it was," the comic said yesterday.