Analysis On-premises IT is facing decimation by six public cloud enemies: Amazon, Azure, Google, OpenStack, Oracle and SoftLayer, who are on course to have the majority of customers' IT spend by 2018.

An Internet retailer, started up as an online book store, and a website search facility have kickstarted an IT phenomenon which could utterly destroy the on-premises data center business. As far as the entire on-premises IT supplier industry is concerned, Amazon and Google, accompanied by Microsoft Azure, are Public Enemies 1, 2 and 3.

IDC forecasts that public IT cloud services spending will reach more than $127bn in 2018, accounting for more than half of worldwide software, server, and storage spending growth. The CAGR growth from $56.6bn in 2014 to $127bn in 2018 will be 22.8 per cent, about six times the growth rate of the overall IT market.

Is it any wonder that incumbent legacy compute and storage suppliers are recording declining revenues and taking part in acquisitions and consolidations to strengthen their fight for sizeable portions of the shrinking on-premises IT pot?

Why should that public cloud growth rate abate? Ask yourself why the public cloud should not consume two thirds of all IT spend by 2022? And even more by 2025. If this trend continues, there will be panic in compute and storage suppliers' boardrooms and executive suites, not to mention the networking suppliers as well. 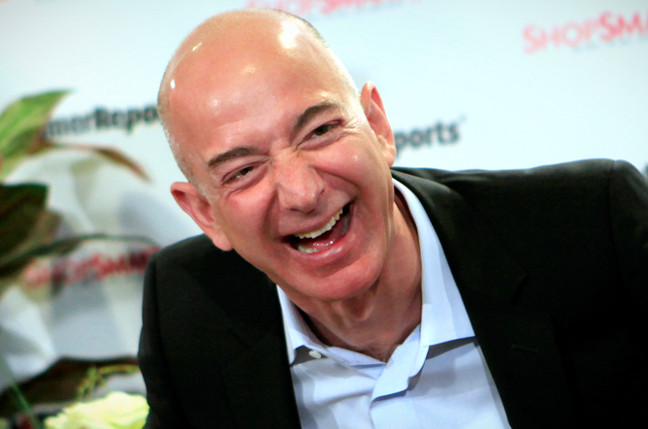 Amazon boss Jeff Bezos, laughing all the way to the on-premises IT graveyard

A slowly tightening noose can be seen encircling the throats of on-premises IT suppliers, with IBM (SoftLayer) and Oracle the only ones left among them that are becoming public cloud suppliers, now that HP (Helion) has chucked in the public cloud towel, leaving only an assortment of micro-niche public cloud backup suppliers like Backblaze, Carbonite and Datto behind.

Here is a timeline for Amazon's noose-tightening progression: 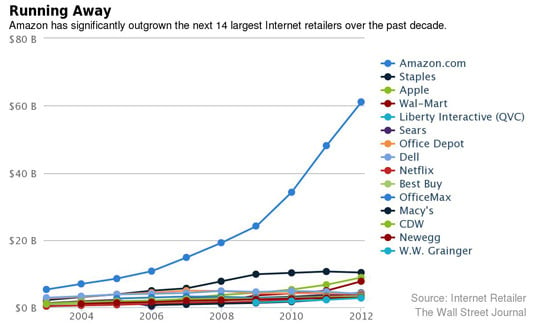