We hear a lot now about the all-flash data center and the death of spinning disk for storing performance data, with some non-performance data going to the cloud. But alongside this flash storage excitement, this galaxy of flash and 3D Xpoint stars, there is a black hole, from which no on-premises light emerges – the public cloud data center. 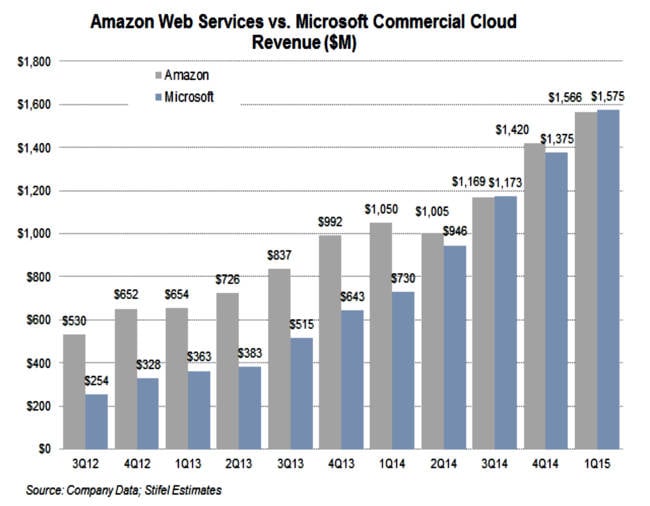 What if virtually all data center compute and storage migrates to the cloud, to public cloud data centers, leaving a rump of old mainframe apps and antediluvian unreconstructed green screen and client:server apps that no-one can be bothered to, or knows how to, stick inside virtual machines, bring into the modern era, and make them cloud-capable?

IBM SoftLayer could be a care home for mainframes in the cloud, giving backwards-looking customers their regular batch processing fix.

It's hard not to understate the existential threat facing the on-premises IT supply industry. The public cloud is on course to, or already is, taking half the overall IT customer spend. DC sees it passing half by 2018.

We can see it taking two thirds by 2022-2025, and then going on to reach 80 per cent by 2030. At that point it will be game over, except for suppliers of components to hyperscale cloud service suppliers and systems to end-users.

Who can assert that such a scenario is fantastical, unrealistic, stupid even? Where is the evidence?

Unless on-premises IT suppliers come up with real and sustainable advantages over public cloud IT service suppliers that outweigh the disadvantages of on-premises IT complexity and cost, then they face a bleak, bleak future, one that has a large amount of non-viability in it.

So far not one single mainstream IT supplier has managed that trick. Indeed, three have thrown in the towel, and said: "If we can't beat them, we'll join them," meaning IBM, Microsoft and Oracle.