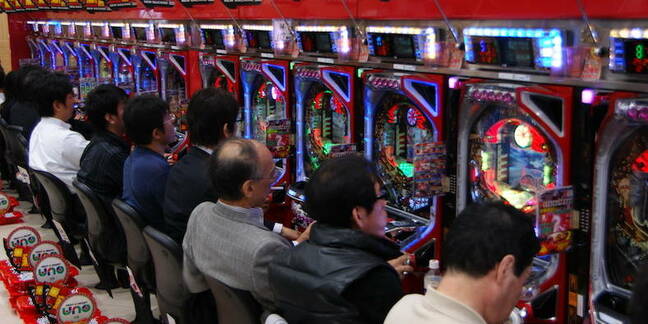 AMD is going to reveal a significant customer win within the next few months – in the gambling world.

The California biz, which is hurting bad in the PC and graphics card space, really wants to slot its chips into next-gen arcade-like casino machines and pachinko halls to bring home some much-needed cash.

It's been wanting to do this for a while, but apparently it has made new progress as demand increases for gambling machines with high-end 3D graphics – particularly in Japan. We're told two to three million units are sold a year in this overall market, and AMD is eager to collect some winnings from the sector.

The G-series is at the low-power end of AMD's embedded processors; the R-series is at the other end, where brute-force performance matters. The two series are aimed at non-traditional IT gear: digital signs, military and aerospace equipment (like Airbus A380 cockpit displays), thin clients, industrial control systems, shopping tills, and yes, gambling machines. 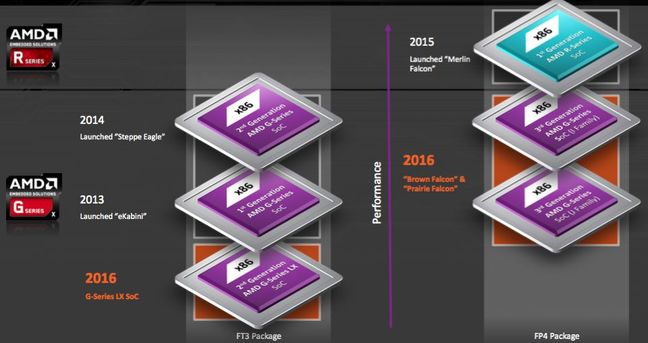 AMD's embedded processor family ... where the new chips (in orange) fit in
Click to enlarge

That means, if all goes according to plan, you should be able to switch the processor on one board for another pin-compatible processor without having to redesign all the electronics: it should be possible to take a machine designed for a second-gen G-series SoC and pop in an LX part instead, and not have to relayout the motherboard – a time consuming and expensive process.

The thinking behind this is to allow AMD's customers to design for themselves a single common hardware platform and then drop in the processors that meet the requirements of the final products the electronics are being packed into. Don't forget these are system-on-chips: so the CPU, GPU and peripheral controllers are all in the same package.

So, for example, a board can have a third-generation J-family part on it and go into a digital sign, or it could have an R-series CPU that's a little more brawny and go into a thin client. This means less hassle designing, documenting, testing, building and selling stuff.

"The embedded market is very fragmented, and our customers want have a single system or platform that can span across multiple products. These boards can also run the same software stack. From a hardware and software perspective, it is a common investment for the customer."

Essentially, x86 performance and software stacks in embedded products without the Wild West ways of the ARM ecosystem. 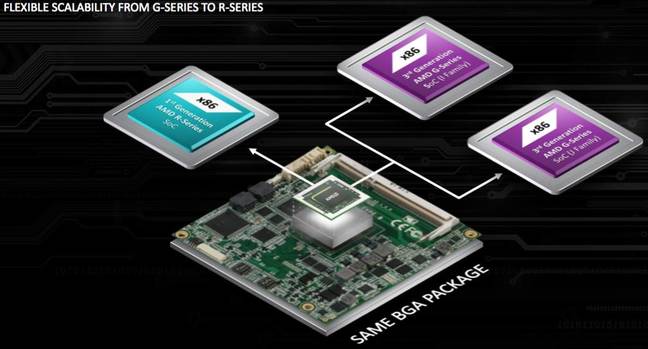 You can find more info about the embedded processors over here. ®