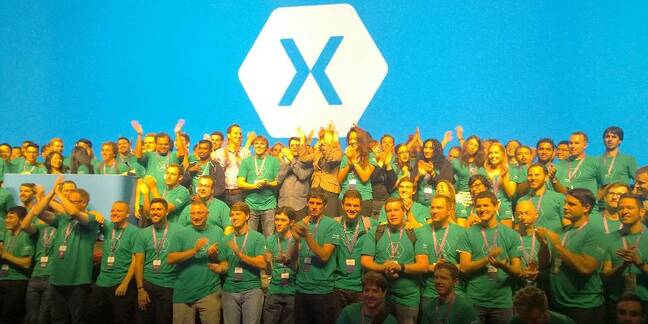 Microsoft has bought its long-time partner Xamarin for an undisclosed sum.

"With today's acquisition announcement we will be taking this work much further to make our world-class developer tools and services even better with deeper integration and to enable seamless mobile app dev experiences," said Scott Guthrie, VP of Microsoft's cloud and enterprise group.

"The combination of Xamarin, Visual Studio, Visual Studio Team Services, and Azure delivers a complete mobile app dev solution that provides everything a developer needs to develop, test, deliver and instrument mobile apps for every device. We are really excited to see what you build with it."

Xamarin has been around for nearly six years and sells tools that let developers build mobile apps for iOS or Android (or even Windows Phone) using C#. It has partnered with Microsoft since 2013 to add the functionality into Visual Studio and other packages.

The company also builds tools for app testing and analytics code to see how well software is doing after release. With the buyout, expect the company's software to become even more prevalent in Redmond's code base.

"This acquisition is a new beginning for Xamarin – the company and its products – and is an opportunity to help many, many more developers build great apps," said Xamarin co-founder Nat Friedman. "Like many of you, I see Microsoft and Xamarin as a perfect fit. Microsoft's mobile-first, cloud-first strategy is a great match for the Xamarin products and team."

Unusually for a startup, Xamarin isn't shy about disclosing its customers. It claims 15,000 clients in 120 countries and this includes big names in both the technology and non-tech fields, and some of the former might be perturbed by the announcement.

"The next shoe to drop will be the existing Xamarin partnerships with IBM, Kony, Oracle and SAP," said Forrester analyst Jeffrey Hammond. "We don't think this acquisition will exclude these prior partners from leveraging Xamarin from a technology perspective; but we also wouldn't be surprised if it altered the attractiveness of the relationship to these firms."

"This acquisition is yet another sign of the new cross-platform, public-cloud focused Microsoft. We don't expect it will be the last..." ®