Go on. Have a guess what the law professors will say 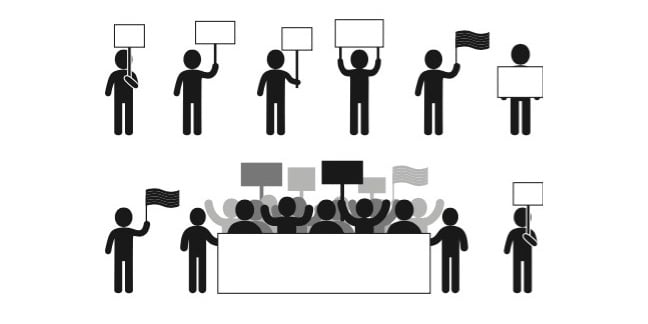 Berec, the EU’s uber telecom regulator, is asking academics sympathetic to pre-emptive regulatory intervention for their expert advice on how member states should write their net neutrality rules.

Ofcom has been influential in Europe in exporting its competition-based, empirical policy approach to regulation, and this is reflected in its net neutrality statements. Ofcom has argued that if the broadband consumer has a decent choice of competitive providers, ISPs should be allowed to experiment both with traffic management, and the content and services bundles they offer.

By contrast, US regulator the FCC has seized the authority to regulate anything that happens on the internet, using regulations designed for circuit-switched operators in the 1930s. (It remains to be seen whether the FCC’s latest power grab survives judicial scrutiny - none have so far. But that’s another question.)

The justification for this is the Precautionary Principle: activists argue that the US a) does not have a competitive broadband market and b) well-established competition laws won’t work - the internet is a new, new thing, and needs new, new laws. Hence the need for powers that are a) new, and b) pre-emptive. In other words, Nanny is needed, and needed urgently.

Last year, the European Parliament passed the EU's telecoms package, rejecting the draconian restrictions that neutrality activists wanted, but obliging national regulators like Ofcom to come up with something. Now comes the "how".

Two of Berec’s chosen Four Wise Counsels (pdf) are activist lawyers: Barbara van Schewick of Stanford law school (which received a $2m donation from Google), and media professor Chris Marsden at Sussex University and a veteran campaigner for pre-emptive regulation have been appointed. Another is a techie who formerly advised a Google-funded group.

Both professors, Van Schewick and Marsden, have been criticised for proposing an abstract metaphorical representation of the internet, as their basis for regulation, which ignores the technical nitty-gritty of managing a stochastic scarce resource.

Martin Geddes, whose technical consultancy PNSol was engaged by Ofcom to study (pdf) traffic management, dubs it “lawyernet”. Since the rules that the pre-emptivists want would, by their nature, be technical rules, those rules need to be grounded in reality, he argues. Otherwise, you’re writing rules for imaginary entities, such as, er, … pixies.

“Reality is non-negotiable,” Geddes told us today. "Regulators tasked with writing real-world rules are now finding that not only does net neutrality not exist in practice, but doesn’t exist in principle.”

Berec will also hear from two other experts. One is Alissa Cooper, a Distinguished Engineer at Cisco, who wrote her PhD on net neutrality. Cooper is a former chief scientist at the Center for Democracy and Technology, which is Google-funded, and studied at the Oxford Internet Institute (OII), which is also Google-funded. The OII has a Californian ideological flavour, being home at one point or another to Google’s favourite philosopher and Lessig protege Jonathan Zittrain.

A paper last year by Cooper warned of a grim (“discriminatory”) future where app developers must constantly refer to ISPs to solve network management issues. Here's Geddes' public critique of the paper.

Berec’s choice of “experts” doesn’t necessarily mean the agency has been captured by pressure groups. It may simply be a reflection how things get done in Europe, which favours a consensual or multi-stakeholder model. Institutions are very keen to be seen to be listening to “civil society”, painstakingly so, even if they then throw their advice in the bin. ®