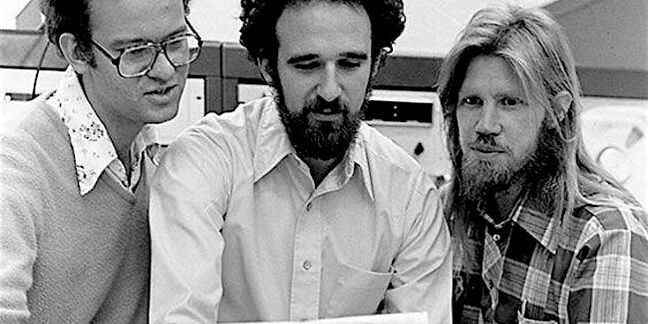 RSA 2016 The Association for Computing Machinery used the RSA 2016 conference to announce the winners of its annual Turing Award: encryption wizards Whitfield Diffie and Martin Hellman.

"Naturally I'm thrilled by this by this award, but thrilled for cryptography," Diffie said. "It's the third time the Turing award has been given to cryptographers. The fact that it is so central to the field is amazing."

The paper led to a revolution in the encryption business, and also in personal privacy. The Diffie-Hellman key exchange has become central to modern encryption, but it also got its creators into a lot of trouble.

At the time, encryption was considered a munition by the US International Traffic in Arms Regulations and was regarded as a very sensitive issue. When Hellman and two graduate students were planning to do a presentation on the paper they were warned by the university's lawyers that they could be prosecuted.

"The award is a great honor but I feel very proud because it was named after Alan Turing, a man who was persecuted as we were," Hellman said – adding that the pair owed a huge debt to Ralph Merkle, his former graduate student who played a huge, and mostly unrecognized, role in developing public key encryption.

The two will share the $1m prize, but both aren't planning to give up work. Hellman is active in government affairs, in particular dealing with nuclear issues. Diffie said he would use the funds to help him write the definitive history of cryptography since the Second World War.

"Today, the subject of encryption dominates the media, is viewed as a matter of national security, impacts government-private sector relations, and attracts billions of dollars in research and development," said ACM President Alexander Wolf in a statement.

"In 1976, Diffie and Hellman imagined a future where people would regularly communicate through electronic networks and be vulnerable to having their communications stolen or altered. Now, after nearly 40 years, we see that their forecasts were remarkably prescient." ®