Solus: A welcome ground-up break from the Linux herd

Review The Linux world is full of spin-offs, clones and branded distros. The most famous lineage is Mint, based on Ubuntu, which is in turn based on Debian. What's less common is entirely new distros, starting from zero and building their own stack.

That's exactly what Solus has done. That's not to say Solus doesn't, like any software, stand on the shoulders of giants, it’s just that Solus stands on a few less shoulders than others.

The Solus project recently hit the 1.0 milestone and then quickly followed that up with a 1.1 release. If you're looking for something new, including a desktop that's entirely its own, Solus is well worth a look.

Solus did not appear completely out of thin air; there was an earlier project with the very similar name, Solus OS, that started as a Debian derivative. Solus OS was abandoned in 2013 due to a lack of manpower. The reborn Solus Project (briefly EvolveOS), however, is not based on Debian or any other distro.

Solus is designed to be user friendly, but minimalist. You won't find tons of graphical bling or any experimental "HUD" or "Shell" interfaces. Instead, Solus offers a clean, well-designed desktop experience that sports a flat, modern look and a healthy dose of its own take on the desktop experience. 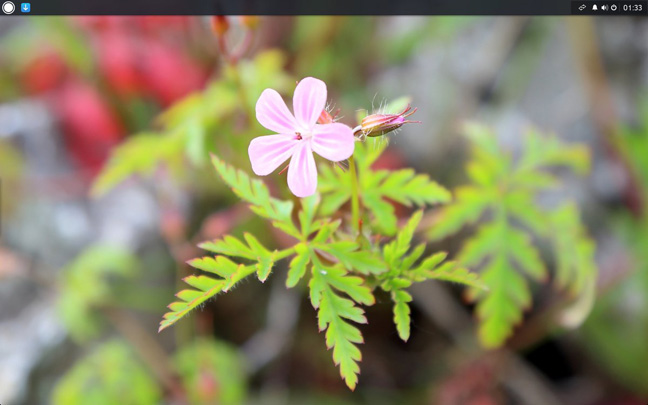 The homegrown desktop GUI known as "Budgie" is built on top of a GNOME/GTK back-end, that means it has many GNOME-esque elements to it. Windows feature the client side decorations; the file browser is Nautilus, dressed up in a slightly different skin; and the usual accompaniment of GNOME apps is present: Calendar, gEdit, Rhythmbox, Firefox and Thunderbird.

The user interface is markedly different than GNOME, though. There's no Shell. Instead, a main menu gives you access to applications sorted by category, as well as a search bar. It's minimal, but it works. One thing missing is any sort of office suite. There's a category in Budgie's main menu, but the only app in it is GNOME Calendar.

On the right side of the screen there's an applet, notification and customization center referred to as Raven. Raven slides in and out from the right side of the screen and offers a calendar, volume widget and media player controls and artwork (when something is playing). This is also where you'll find all the controls to add, remove, and modify Budgie panels and their associated applets. Raven also has some basic controls to change GTK and icon themes, making it a bit like a mini system settings.

Raven is a very slick system that trumps GNOME's own efforts as similar features.

The Solus desktop as a whole is incredibly well thought out and manages to nicely balance a sane set of defaults with a good bit of customization available for those who want it. It does end up looking a bit like a GNOME theme at times, which is – at least partly – what it is. You can even install the Arc theme in GNOME, but it's different enough that it stands well on its own.

Where Solus doesn't stand as well on its own is exactly where you'd expect a brand new distro to come up short – available software.

Solus uses the eopkg (formerly PiSi) package manager. There's a software center included and if you need to install something from the command line the syntax of eopkg mirrors that of apt-get (for the most part). The principle advantage, according to, Solus Project founder Ikey Doherty, is the "far superior developer experience [and] massively reduced maintenance cost/time."

While the package manager and Software Center function just fine, don't expect to find them stocked as full of apps as veteran distros. Solus is new and its packaging system is just getting started. This is one of the costs of starting from scratch; Solus isn't piggybacking off Ubuntu or GNOME or Fedora. That has advantages, as Doherty puts it: "For what we want to do, being built from scratch is actually easier." But it also has disadvantages and package selection is one of them.

That said, I didn't actually run into any missing software. Everything I typically use was available. I was surprised to find that the repos even had a number of things I would not have expected to find, like the latest stable version of the Darktable RAW photo editor and youtube-dl, my favorite way to grab YouTube videos.

Suffice to say, that the basic packages you'd need for your typical desktop use – web browsing, IRC, image editing, music players, common utilities and system settings – are all there with numerous options for each. In this sense, given that making packages available and keeping them up to date is one of the biggest challenges new distros face, Solus is off to a great start.

Solus is clearly in its early days and you need to know up front that the package selection is less than you might be used to and the community is smaller. That means far fewer tutorials on the web, far fewer people to turn to for help, though Solus does have active user forums with plenty of users around to help out newcomers, and possibly missing software packages.

As long as you know that going in, Solus can be a great distro to use, even on a daily basis. 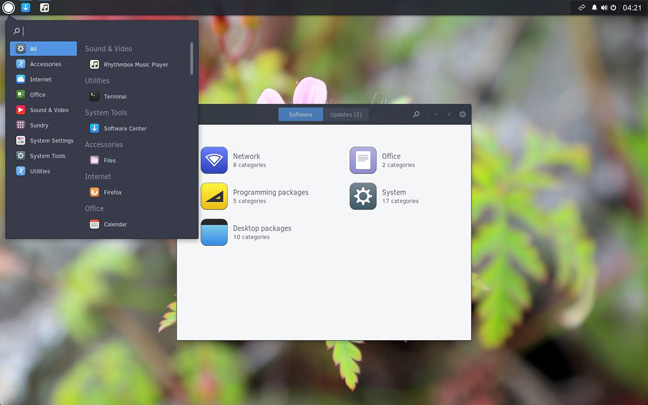 A clean and simple start menu with homegrown Software Center

One thing that's less clear, is who Solus is really for. Having used it for a couple of months now, I would say that it works well for anyone who wants a traditional desktop experience, but a more modern feeling interface than what you'd find in MATE or Xfce.

That sounds a bit like what Cinnamon offers, so if you like Cinnamon but want something a little lighter, Solus is a good bet.

That may be a small audience, but that also may be what Linux needs more of – distro diversity. Solus may never supplant Mint or Ubuntu, but that's OK. It's a solid little distro with a clean elegant interface that makes a compelling alternative. ®