HPE's CloudLine gains some weight – blows up from 72TB to 640TB

Who's down with OCP? This Foxconn-made server line

Nonupled? Yes, nonupled: HPE has nonupled* the capacity of its Foxconn-made CloudLine server products with a 640TB CL5200, which has nine times greater capacity** than the 72TB CL2200.

HPE is also updating its Altoline switches for service providers and has a Helion private cloud reference architecture for OpenStack Swift.

HPE’s Reaz Rasul, Global Hyperscale Business, VP and GM, fetched out this quote: "Service providers are looking for the operational agility and faster data centre integration that comes with deploying open infrastructures, while others value the integrated management and proven deployment capabilities that come with industry-standard offering.”

CloudLine servers are built by Foxconn and are for Open Compute Project-type customers in the cloud and hyperscale data centre areas.

Here’s a table summarising the specifications of these servers – the CL5200 details are sparse as HPE has not provided all of them yet: 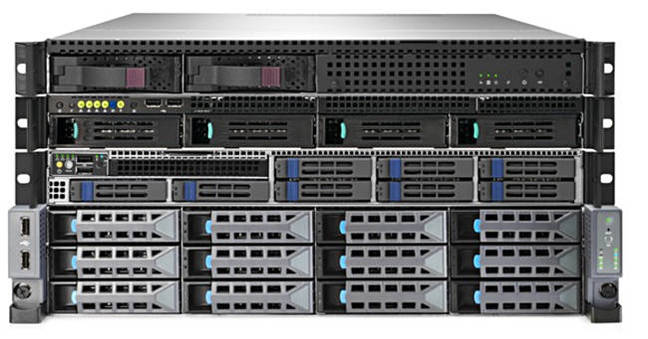 HPE CloudLine 1U, 2U and 4U Servers

It’s said to have a minimalist, bare iron design and supports one or two compute nodes, meaning a single dual-socket version or a double dual-socket product.

HPE is working with Scality and its RING object storage software, and Scality has certified support for the CL5200.

Supported network operating systems are Cumulus and Pica8, with OpenSwitch coming later in the year.

*To nonuple something is to increase it nine-fold, as to quadruple something means a four-fold increase.
**Actually, to be more accurate, it is an 8.89 times increase.