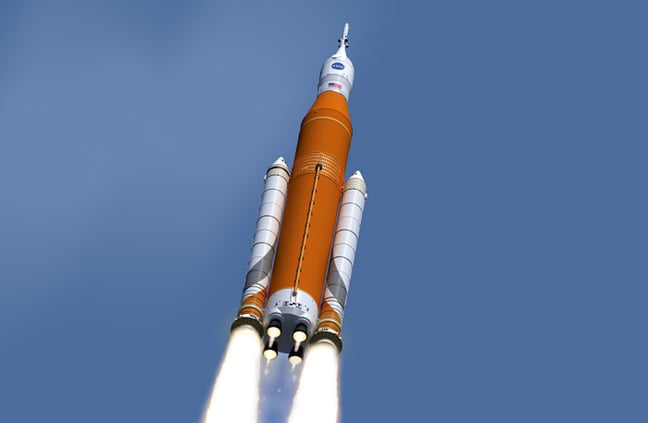 Throw in a couple of solid rocket boosters and we're away. Artist's impression of an SLS launch. Pic: NASA

The SLS core stage is powered by four RS-25s - described by NASA as the Clark Kent of Engines. Just to prove how mighty they are, the space agency offered up a few impressive stats, including the illuminating fact that the quartet of powerplants "gobble propellant at the rate of 1,500 gallons per second ... enough to drain an average family-sized swimming pool in 60 seconds". 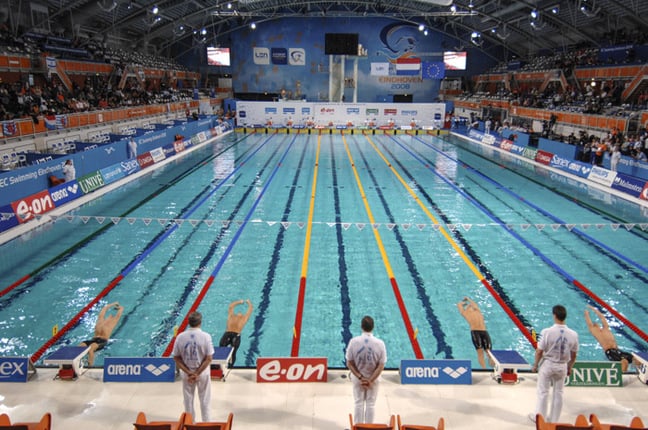 For our purposes, these are considered to measure 50 metres long by 25 metres wide and with a depth of 2 metres, containing 2,500 cubic metres of water or, in this case, liquid hydrogen and LOX.

So, we invited readers to do the maths and set NASA straight on swimming pools. Last week's test burn was 500 seconds, and applying that duration to four engines slurping 1,500 US gallons a second, we have a total of 750,000 US gallons, or 2,839 cubic metres, or 1.13 Olympic-sized swimming pools

It's a tip of the hat to reader Steve Todd who used our online standards converter to nail that figure, albeit via cubic inches.

So there you have it. It'd be delightful if NASA fell into line with the rest of the world regarding Olympic-sized swimming pools, but since it's still resisting pressure to go metric (shock lapses aside), we won't hold our breath. ®