Don't take this the wrong way, Pure Storage – are you the next NetApp? 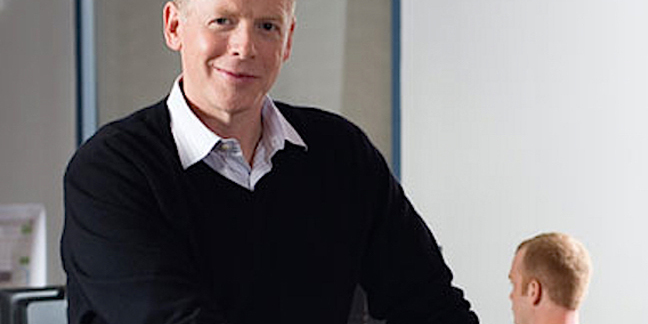 Comment Back in 1992, NetApp was founded and competed with Auspex in the file storage array market. It overtook Auspex and grew and grew, entering the Fortune 500, becoming a storage platform company and a multi-billion dollar revenue corporation. No other startup has managed that feat since. Could Pure Storage be the first one to follow in NetApp's footsteps?

There have been plenty of successful storage startups since NetApp, and plenty of failed or not-quite successful ones. The successful ones got bought by the established vendors, like Cisco, Dell, EMC, HDS, HP and IBM. They included array vendors like 3PAR, Compellent, EqualLogic, SolidFire, Storwize, Texas Memory Systems, Whiptail and XIV, and also earlier-stage technology startups like DSSD, Ocarina and XtremIO.

Partially/relatively successful startups soldier on, like Violin Memory and X-IO Technologies, or were bought, like Nexsan. Some failed and were bought in extremis, like OCZ and STEC.

Not one storage startup since 1992 has made it to standalone, profitable, platform status; that's a 26-year period. There are current contenders, and we can think of all-flash and hybrid array vendors such as Actifio, Delphix, Kaminario, Nimble Storage, Nutanix, Pure Storage, SimpliVity, Tegile and Tintri as being in this category.

Past the IPO hurdle

Two of them have made it to IPO: Nimble and Pure, with Nimble recovering from a share-price stumble concerning late entry into the all-flash market. Both are trading below their IPO price, and neither are profitable, but they're aiming to grow revenues fast while gradually reducing costs as a proportion of revenues – and so move into profit.

Nimble is running at $80m–$90m in revenues a quarter, being a near-$400m annual run rate company. Pure's last quarter was a $150m revenue one, meaning a $600m annual run rate, with a billion dollar run rate in sight if growth continues at the triple digit year-on-year rate it has achieved thus far.

Pure is in second place in the all-flash array market, with EMC leading, more than holding its own against the other incumbent storage vendors: Dell, EMC, HDS, HPE and NetApp. Nimble, with a hybrid array base and industry-leading storage management, is not in such relatively strong shape.

The two leading hyper-converged startups, Nutanix and SimpliVity, are not yet at IPO, although Nutanix has filed its IPO papers, and so are behind Pure.

Pure held its first customer event, Pure Accelerate, in San Francisco this week. It took place in an old dock building on Pier 48 which had been converted into an under-cover car park. Pure took it over and used the space for presentation theatres, meeting/networking areas, sponsors' stands, a run of quirky old slot machines, a demo suite with Oculus Rift VR headsets so people could experience what it was like to move around inside a simulated Pure space – pretty darn cool as it happens – and food trucks lined up outside.

This wasn't a slick, well-orchestrated corporate event in a Las Vegas Convention Center, having a startup vibe to it. The sponsors were high-status and high-tech, like Arista, Brocade, Cohesity, Commvault, QLogic, Rubrik, Toshiba, Veeam and Zerto.

Into this environment Pure launched the first and early version of its FlashBlade, destined to be a scale-out filer/object storage array for what's described as the broad commercial HPC market. No one else has anything like this and Pure has enthusiastic alpha test customers. It's been 30 months since the internal development started and CEO Scott Dietzen says there's another engineering development project under way too.

Clearly Pure is broadening its product offering to increase its addressable market and thus grow larger.

"Pure's pre-announcement of their new FlashBlade architecture, which is likely a year or more from GA, re-enforces the limitations of the current Flash Array's scale-up architecture when it comes to managing the wide variety of workloads now moving to flash."

He makes this point: "That much of the announcement was focused on their proprietary hardware design for the system shows their continued shift to becoming a hardware-centric flash provider in the model of first-generation flash systems like Violin and TMS. That approach flies in the face of the broader industry trend towards rich storage software that capitalizes on high-volume, industry-standard flash devices, and more recently, server hardware."

We can see here the gap opening up between vendors with commercial, off-the-shelf SSDs, like EMC (XtremIO), NetApp and HPE, and those with proprietary flash modules, like EMC's DSSD, HDS, now Pure Storage, and Violin Memory.

The justifications for proprietary flash modules are based on better performance and price/performance, with these justifying the initial lack of data management services.

If Pure is successful with its FlashBlade development, and carries on with its distinctive identity and culture, as seen at the Pure Accelerate event, then customers will buy more products and services, and Pure will become a billion-dollar corporation with the momentum to grow towards three, four or five billion dollars a year revenues. It will be too large to be bought, except by an incumbent, and will become a storage platform company in its own right, joining Dell/EMC, HDS, HPE, IBM and NetApp in, we suppose, the 2017/2018 period.

It will become an incumbent itself.

With HPE and IBM hardware storage product revenues currently having a sub-$3bn a year run rate, this is not impossible; far from it. Give it two to three years and Pure could be it, the inheritor of NetApp's crown as the next storage platform company. ®