Good news for the big dog. Less good for the whipper-snapper

EMC with XtremIO is striding out in front of the pack in the all-flash array market, according to Gartner and Stifel Nicolaus numbers.

Graphing the numbers shows how Pure and IBM have pretty much level-pegged, with NetApp and HP, overall, roughly level also. 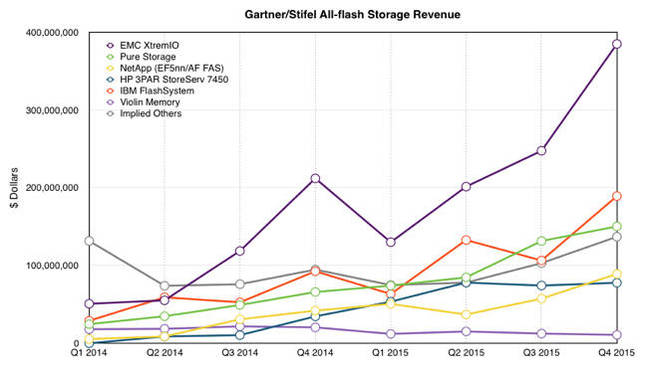 Poor Violin is very much the also-ran at this stage. That’s the top six vendors, with Dell, Fujitsu, HDS and X-IO in the “others” category.

Despite EMC’s worries in 2014, it was whipping Pure’s ass all through the year and greatly increased the whipping rate in 2015. ®