Riddle me this: What grows as it shrinks? Answer: LTO tape

The LTO (linear tape-open) organization has released a tape shipment report showing capacity shipped grew almost 18 per cent from 2014 to 2015, while unit shipments have been declining since 2008.

Just under 20 million LTO cartridges were sent to customers last year. As a comparison let's note that WD and Seagate combined shipped more than 350 million disk drives in 2015; the tape cartridge market is less than 0.00567 per cent of the disk drive market in unit terms (ignoring Toshiba's contribution). Still, capacity-wise it is growing strongly: 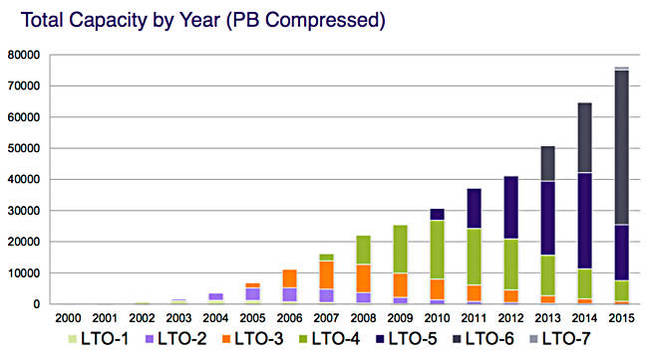 Per-reel tape capacity is growing, and should continue to grow with new generation LTO formats. People using tape for archive are sticking with it because it costs less to archive on tape than on disk, and tape is reliable.

The report notes that "Shipments in 2015 reflect a small decrease in media unit shipments over the prior year, which is typical as the market anticipates the introduction of a new generation."

In fact, total annual unit shipments have been declining quite steadily since 2008: 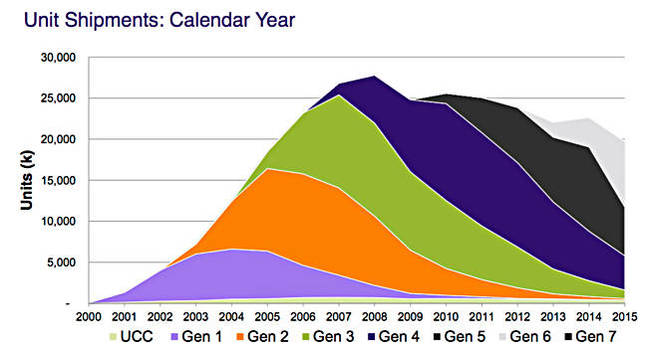