Amazon WorkSpaces two years on: Are we ready for cloud-hosted Windows desktops?

We wrap our claws around AWS's PCs-as-a-service

I set up a new WorkSpace for testing and connected to it with a variety of clients, including Windows, Mac, iOS, Android and Chromebook.

Setup and operation was smooth in general, but not without annoyances. In particular, the WorkSpaces client did not work on my usual Windows 10 desktop, reporting "We were unable to connect to the authentication server." Oddly, other Windows desktops worked fine on the same network, as did clients on other operating systems. A quick query on the support forums did not provide any solution. 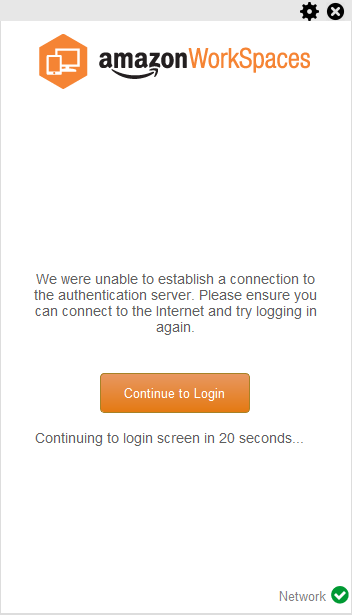 Network fine but no login on one Windows 10 PC

Windows is not especially easy to use on a tablet, especially prior to Windows 8, and while this is not Amazon's fault, it is worth noting if you plan to use a tablet. The WorkSpaces client has a few special features that attempt to make this easier, including an optional virtual mouse that lets you treat the lower part of the screen as a trackpad. This works, though certain operations, like drag and drop, are not really practical.

Printing can be an issue. You can print to a local printer (ie, one recognized by the host operating system), and I was able to print from WorkSpaces running on a Mac in this way. If you set up Active Directory (including VPN) you can print to a network printer.

WorkSpaces still does not offer any assistance with patch management. "You can use any standard software deployment and management tool that you can run on Windows 2008 server," AWS evangelist Ian Massingham told The Reg, which is another way of saying you are on your own.

On a Chromebook, WorkSpaces was rather good, and makes a happy combination with a Microsoft Office 365 subscription, offering an easy way to get from your limited-functionality device to all the features of Office and Windows.

Another issue is that Windows Server 2008 R2 is now quite old. Is AWS under pressure to offer a more recent version of Windows?

"I haven't seen that from any customers I've spoken to that use the service or are planning to use it," said Massingham, no doubt reflecting the difficulty Microsoft has in general with persuading its business customers that anything beyond Windows 7 is worth their time.

This is VDI (virtual desktop infrastructure) as a service though, and although it may seem expensive considering the relatively low cost of a real desktop PC or laptop, in certain scenarios WorkSpaces can make good sense. The biggest WorkSpaces customer, said Massingham, is Johnson & Johnson, which has 16,000 employees and contractors on a BYOD (bring your own device) basis, and a further 8,000 thin client devices. "No Johnson & Johnson data leaves the AWS cloud," Massingham observed.

A puzzle which WorkSpaces exposes is why Microsoft seems happy not to offer a competing solution, preferring to push its RemoteApp technology on Azure, or on-premises VDI.

Since launch 2 years ago, WorkSpaces has added significant features as well as offering smoother, less buggy operation. Although there is still scope for improvement, such as built-in patch management and a Linux client, it is worth another look. ®