The European Space Agency is poised to conduct zero-grav tests on an impressively brushy "asteroid cleaner". 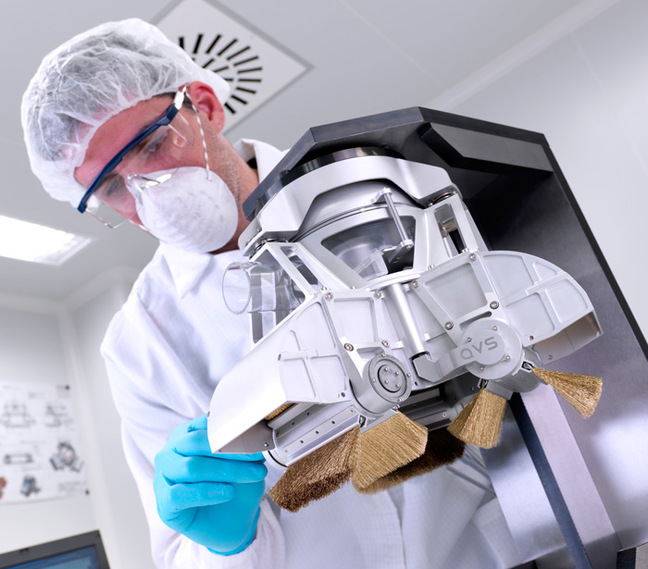 As you can see, the prototype space brush-o-matic - designed and lovingly built by Spanish outfit Added Value Solutions - has three cylindrical brush head assemblies which rotate around a horizontal axis while the whole thing also circles in the horizontal plane. The device "detects the distance between the brushes and the surface to adapt as necessary".

The idea is to avoid the machine launching itself into the black yonder - a fate awaiting untethered landers using drills or scoops, which would simply push the spacecraft away from the surface.*

The brush-o-matic will, ESA hopes, collect "at least 100g" of stuff "within 20 seconds" and deposit it into a hermetically sealed box. They'll find out how it performs outside the lab when it's taken aloft later this month for three days parabolic flight testing.

ESA explains: "Over the course of three days it will scoop up particles ranging from a few 0.001 mm up to pebbles of 3 cm. The samples can be analysed at the end of each day, and a camera will record progress so that the operators can adjust settings between the bouts of weightlessness." ®

*ESA's Philae cometary lander was equipped with a drill, but also a couple of lander harpoons.

How to watch NASA Jupiter probe's flyby of Earth