Google is building scale-out servers using IBM's Power9 microprocessors. It has ported a bunch of its software to Power, and its toolchain can build for the architecture by changing a flag.

Speaking at the OpenPower Summit in San Jose, California, today, Google engineering manager Maire Mahony said: "Compute technology development is at a crossroads. We need to have a different approach. Google is backing the vision that underpins the OpenPower Foundation."

Normally, Google uses Intel Xeons to power the vast, vast majority of its systems. But Google has been experimenting with ARM and Power to keep its options open. It's produced an Open Compute server design with Rackspace called Zaius that uses Power9. 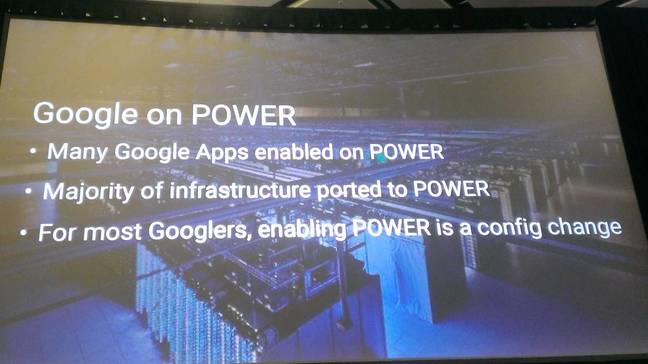