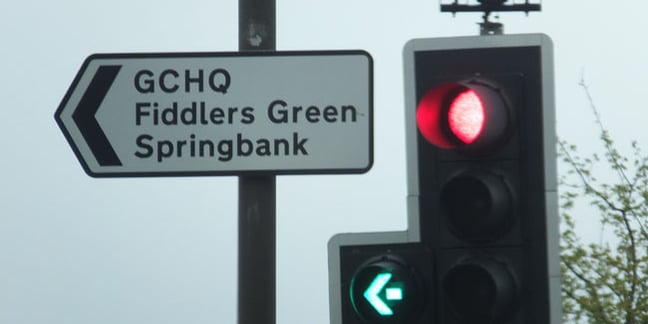 Blighty's surveillance and security agency GCHQ is facing significant challenges in meeting the government's targets for recruitment over the next four years.

Last year the chancellor promised that 1,900 new recruits would be hired by the intelligence agencies by 2020 – with the lion's share expected to head to GCHQ in Cheltenham, as total “cyber spending” rises to £3.2bn (by Osborne's maths).

However, independent sources close to GCHQ have complained to The Register that the agency would struggle to land the best candidates, with one Cheltenham staffer telling us that they simply didn't know where the new talent was going to come from.

Responding to a question to the government from Lord Strasburger, Lord Bridges of Headley stated that the additional staff would be recruited over the Spending Review period to 2020, though he declined to address the issues regarding private sector competition.

"Specific pay and reward details cannot be disclosed for national security reasons," Lord Bridges said, "however pay and reward packages for staff at the intelligence agencies are under regular review to ensure that what can be offered reflects both the unique challenges the agencies face, and the high level of ability and skill required to meet them."

An official GCHQ spokesperson was similarly upbeat to The Register, stating that the agency currently has “a very healthy recruitment pipeline, with a large number of talented applicants for our available vacancies.

"People are keen to join us in our work helping to keep Britain safe. However we are not resting on our laurels - we need to ensure that this momentum is maintained, and we are looking at how we might further improve the diversity of our intake.”

Despite this “healthy pipeline of talent,” however, the agency acknowledged “that there are still challenges to be addressed. Authoritative research from the likes of High Fliers Research shows that the graduate jobs market is becoming increasingly competitive, for a number of reasons. The private sector is in general able to offer better headline salaries, but the public sector generally offers a competitive non-salary package.”

GCHQ additionally recognised that there was “a lack of available talent in some specialist fields, and to this end both we and other companies work with universities, training providers etc. to ensure that courses offer the best preparation and knowledge for today's jobs. We are also increasing our 'pre-graduate' recruitment, via our Higher Apprenticeship schemes, undergraduate placements and internships."

Earlier this year, the signals intelligence agency announced it was expanding its summer schools programme, offering to pay both A-level and undergraduate students up to £250 a week to happily hack away their holidays.

Dr Robert Nowill, who began his career at GCHQ and now heads up Cyber Security Challenge UK, which is sponsored by the spooks, declined to comment on the agency itself but told The Register that generally there was a "significant shortage of people in the UK to fill all the roles" that the Chancellor's National Cyber Plan required.

Cyber Security Challenge UK is a private company which receives government funding to run competitions, learning programmes and networking initiatives to develop the next generation of the UK's cyber security professionals.

Nowill told us that "finding, educating and training new people in cyber security as a career and profession will take time. Many activities are underway, shaped by HMG as well as the private sector and organisations such as The Challenge. This work is not just to seek out a few deep specialists, but also more broadly in much larger numbers – we need people at all levels to fill gaps: for example in law enforcement, in schools, in companies, in the public sector across many departments." ®

Contractors and staff may be left out of pocket

Defence Secretary confirms 'legacy IT systems' remain in use

Kid schools telco: 'So have you heard of access controls?'